Today we did a collab with Rob Turner of Mumbles brewery; it was a proper collab in that both sides got stuff added and removed from the recipe which is just as it should be!  Despite our best efforts we haven't come up with a name as yet but that is being worked on...

We ended up with a pale ale brewed with 98% pale malt, mostly Maris Otter, plus a dab of malted wheat and hopped with Eldorado, Admiral and... erm.... Goldings!  yes, you read that correctly, UK Goldings were used, but as Rob uses them a lot and we don't it was decided that to be a proper collab we needed to bite the bullet and get some Goldings into the copper...  It'll be dry-hopped with Waimea in the fermenter, another diversion from usual politburo diktats, to speed up the dry-hopping process and also to see what happens.

It's also the biggest brew we've ever done at 2400 litres; it started off as 2275 but, after taking the SG reading on transfer, we found it to be 3 points over target and decided to "liquor back" with 125 litres of water to achieve the intended gravity of 1045.8 giving, potentially, an ABV of 5% or so.

Some photos from the day are below...


Posted by Gazza Prescott at 22:11 No comments:

Let's just say this... if you're going to go to a prestigious event like the Weyermann Bavarian party, don't go out drinking with a load of mad Catalan brewers the night before.  Trust me, just don't do it.

The Weyermann do was a good evening though, great beer, food and company... here's to next year!

Posted by Gazza Prescott at 00:25 No comments:

...is apparently what Waimea means, so that's what we are calling our latest super-pale brew as it's made with Waimea as the main dry-hop addition; makes sense, really I suppose.

It's currently in FV2 on chill after it's primary fermentation and will be going into conditioning tanks 4 and 5 next Monday along with 5kg of aforementioned Waimea New Zealand hops which smell like those pineapple cubes you used to get from sweet shops if you're old enough to remember those!

And, having used the new Muntons "super-pale" malt, it's extremely pale in colour, almost industrial lager yellow in colour!  The picture below is from our 100th brew, but it's looking quite similar to this. 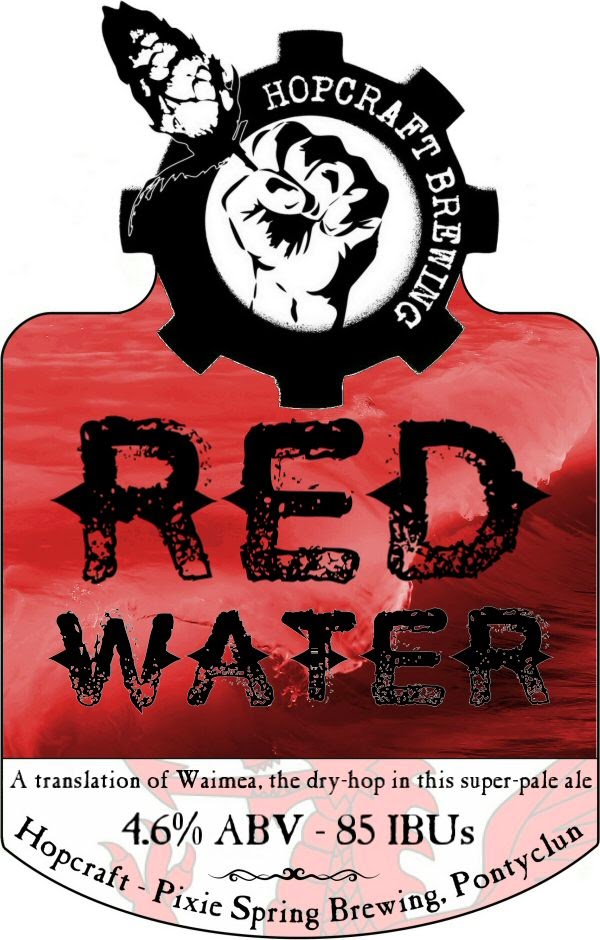 Today we racked up "Exercise One", our latest pale, fruity 5% brew from the Joy Division series, plus version 2 of "Naughty Boy!" our oatmeal pale ale with a much-revised recipe from version 1 which means, basically, more and better hops!

Tomorrow it's a trip down the M4 to Reading and Wantage with a full vanload including some of the casks we racked today - things don't hang around long here - before a brewday on Thursday of our as yet un-named NZ super-pale ale with Pacific Jade, Waimea and Dr Rudi. 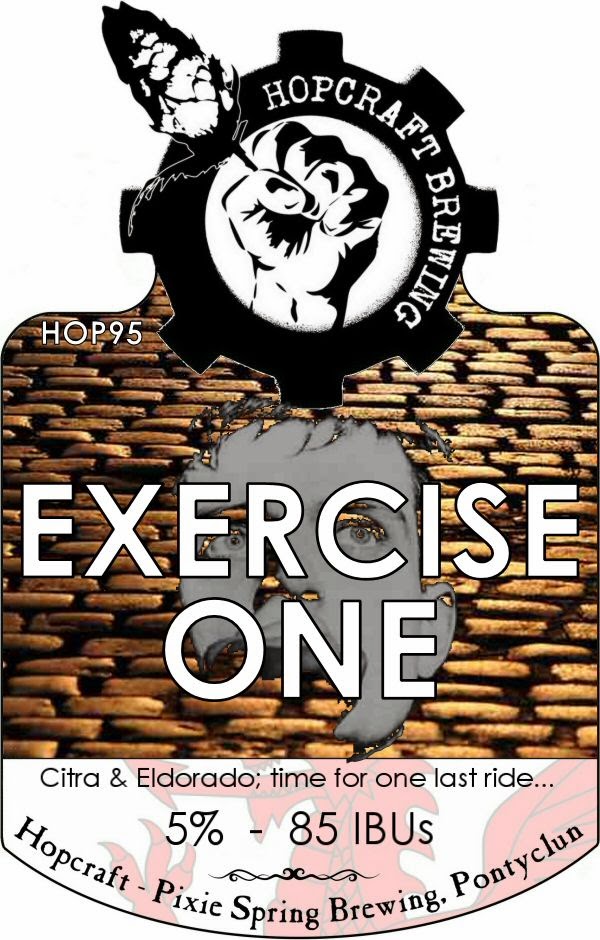 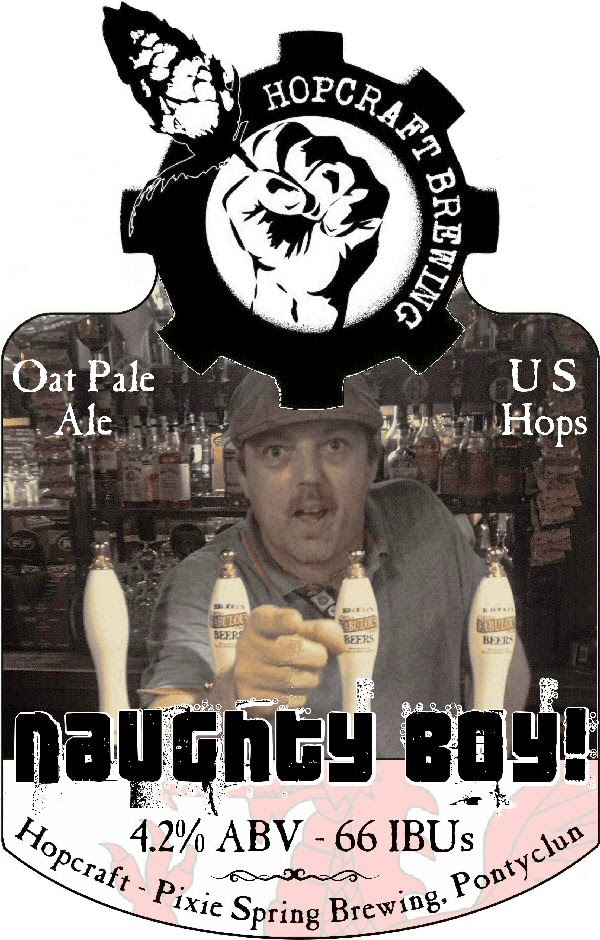 Posted by Gazza Prescott at 23:08 No comments:

Well, Franconia actually, which as any fule kno is technically part of Bavaria, but far superior for brewing much better beer and being the name of a 40.  But you already knew that...

But why Franconia in November?  Well, it's that time of year when the Weyermann maltings in Bamberg, still family run and operating from a Lowryesque Victorian era brick complex (with plenty of new bits added on), throws open the doors for their annual "Bavarian party" where customers from around the world are invited to roll up, say hello to the Weyermann family, then eat and drink lots of lovely comestibles including - in my opinion - the most interesting German beers brewed on the on-site brewery; what's not to like?

It's an invitation-only affair so you need to be recommended; luckily for us Farams, the hop merchants, like us enough to put us forwards onto the invitation list and so Gazza is off to Germany on Friday, flying with Lufthansa to really get into the German spirit of things!  It's not just a jolly - as much as it may sound like one - as much chin wagging with other brewers will be done and ideas for new beers brought back.

Before that, though, we're doing some work and casking up some "Exercise One", the latest Joy Division series brew - this one containing Citra and Eldorado - and "Naughty Boy", our oatmeal pale ale which is crafted from a whole host of fruity hops.   We'll also be putting away the casks of "Cloister Enkel" which were racked last week and have spent the weekend conditioning in the brewery plus all the random cleaning, tidying and suchlike these procedures inevitably invoke.

We're also brewing again: this time we're sticking with the super pale malt but this time with New Zealand hops; Dr Rudi, Waimea and Pacific Jade will be utilised to produce what we hope will be a lovely mellow fruity brew with the trademark NZ soft tropical zestiness... it's as yet un-named, as is now traditional for us!

On the up and coming list - and yes, there actually is one of these - are "Permanent Revolution", our red half-IPA, another brew of Golden Pixie, the next Joy Division beer "Something must Break" which uses Citra and Chinook, plus the start of our "Insult to History" series of beers which may kick off with an Imperial Mild... maybe, we've not decided yet. 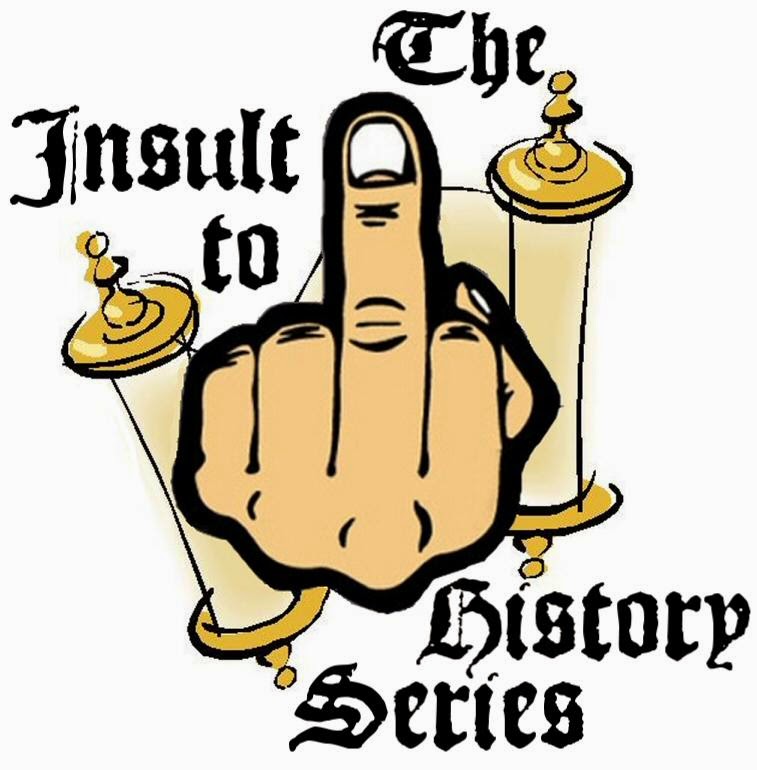 Posted by Gazza Prescott at 20:18 No comments:

Gyle 100, and what happens next 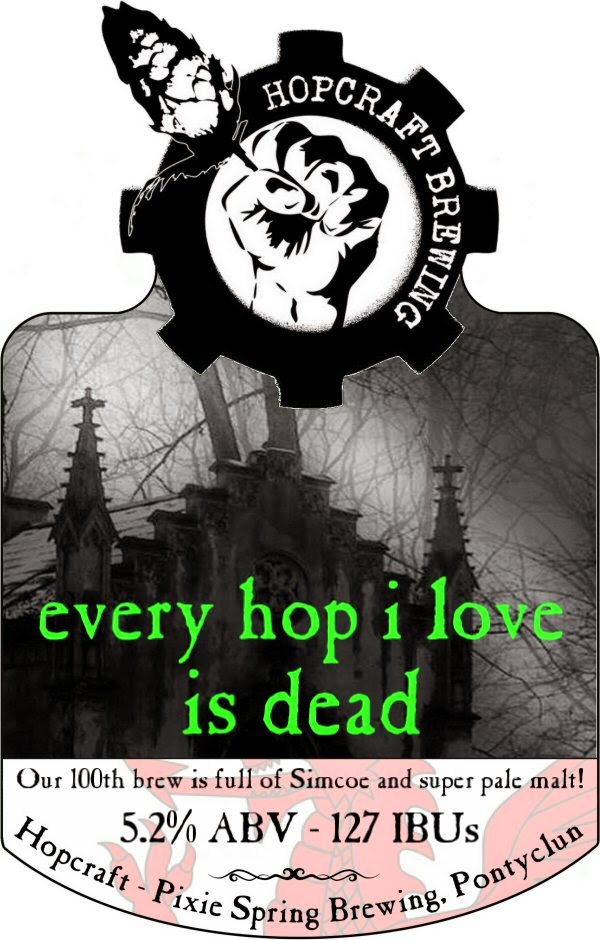 It's taken us 17 months to get here, but "every hop i love is dead" is now in FV1 with a pack of US05 yeast which, Bacchus willing, will turn it into a super-pale hoppy beast.

Gyle 100 is a simple beer; 97% super-pale malt and 3% wheat malt, then Warrior, Cascade and Simcoe hops in the copper and more lovely Simcoe in the conditioning tank.  Warrior is used as it's a stunningly good bittering hop with low cohumulone (the substance in hops which  determines how harsh the resulting bitterness will be) and plenty of citrussy flavour, Cascade as it's the hop which got me into the sticky green bracts back in 1990 when I first tasted Brendan Dobbin's beer in Manchester, and Simcoe because.... well, just because we can.

We've emptied the coldstore this week with 60+ casks going out so have been busy refilling it with Citraic, Who's been Sleeping in my Brain?, Slave to the Wage and, tomorrow, Cloister Enkel ready for your delectation in, as they say, all good pubs near you very soon!

Next week sees us brewing yet another new beer; the recipe hasn't been decided upon yet but it maybe an all-NZ beastie or maybe one that Jay has been thinking about... we'll see next week, there's no rush to decide...

We may also have some very big news to announce soon, but until we know for sure I'm saying nowt lest we jinx it.


Posted by Gazza Prescott at 23:28 No comments:

We're hopeful that out 100th brew, "every hop i love is dead", will occur on Thursday this week, Bacchus permitting of course.  It's a very pale brew thanks to the special "super pale" Muntons malt, and hopped with Simcoe and Cascade; simple yet, hopefully, very effective.

More details as they happen! 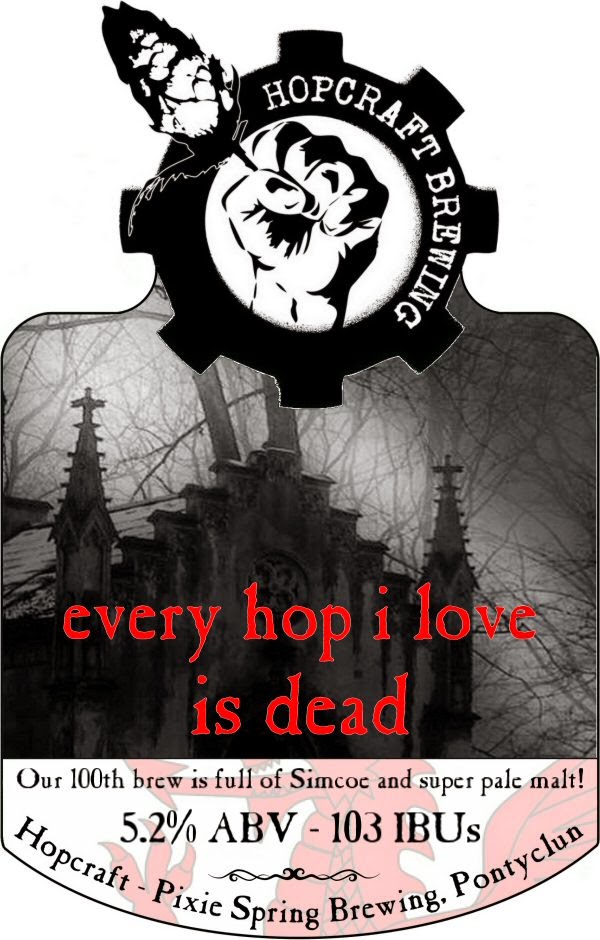 Posted by Gazza Prescott at 21:25 No comments: