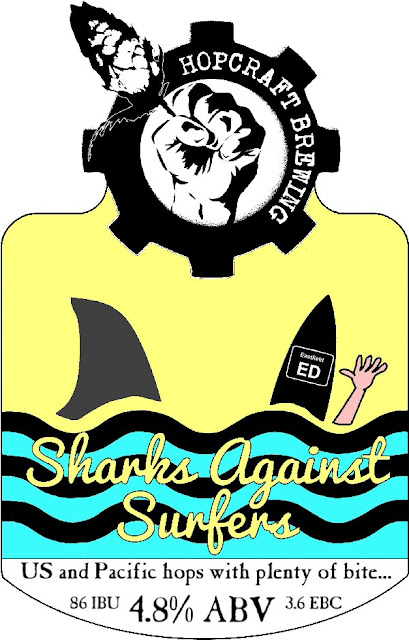 Posted by Gazza Prescott at 22:29 No comments:

Our beers get to Scotland quite a bit nowadays courtesy of James at Boot Liquor wholesale, but when we were offered the chance of a tap takeover at Cloisters we jumped at it mainly because it gave us the excuse to reprise last year's trip up to Scotland, this time Edinburgh not Glasgow, and the infamous train journey with a bottle of wine each.... and that's before we'd done the pub crawl, and then the drinking at the tap takeover....

Ah well, it all went swimmingly, pretty much, so here's a few photos from the day in Auld Reekie to show what we got up to!


Posted by Gazza Prescott at 15:01 No comments:

Sardinia visit - with beer (and sea)!

We were invited by "Gorgeous" Dave Hemstock of Raw brewery to go to Sardinia with him to the Fermento Sardo beer festival near Olbia along with 9 kegs of our beers.... erm, OK then, where do we sign up?

So, here's what we got up to.... it basically involved continuous eating, drinking and even getting in the sea!  The festival went on until very very late, then we did an overnight ferry to Rome for a few hours wandering around in 37c heat before the flight back!


Posted by Gazza Prescott at 23:14 No comments: