Think of Chinook hops and you'll undoubtedly first consider the American fruity, aromatic variety with it's distinctively huge cones.  Nowadays, however, this quintessentially American hop, almost as 'Murican as lax gun control and non-existent healthcare, is being test-grown all around Europe and is finding new homes in the old world.

Chinook has been grown in the UK for a number of years although, from reports I've heard off other brewers and hop merchants, the results haven't been that great.  Now, however, there are two new contenders to the Chinook throne in the form of Poland and Slovenia and, again from other brewers, I'd heard that these two were worth a shot.... so we got some!

So, here we have a beer made with British and German malt and hopped with lovely Chinook hops from the USA (in the copper) and then dry-hopped with the Polish and Slovenian varieties.  At present the beer has just been brewed so we've not got any concrete tasting notes for how it'll eventually turn out, but we're very hopeful that the European Chinook will impart their herbaceous and fruity character making this a beer to search out; it's smelling pretty damn good in FV4 at the moment so I've 110% confidence in it being another blinder of a one-off brew.

Stay tuned to find out more! 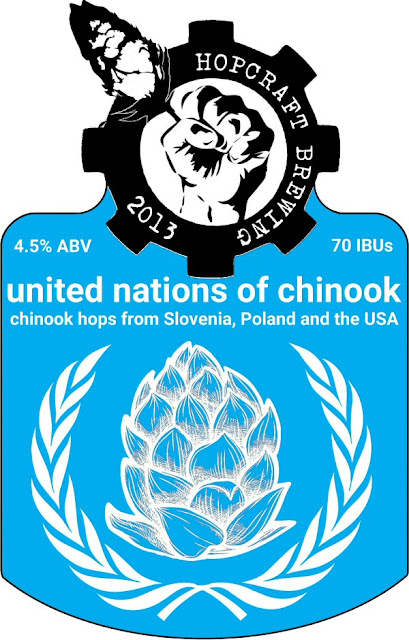 Posted by Gazza Prescott at 12:03 No comments:

Dry-hopping in the FV.... a messy activity!

Well it can be!  We've recently moved from dry-hopping all our beers in CT to dry-hopping in FV primarily with some beers getting a second dose in CT as well... double dry-hopping they call it nowadays I hear!

The issue with FV dry-hopping is that it's done with the beer is at fermentation temperature when it is still fermenting, albeit activity is tailing off and is around 20c.  OK, you may think, what does that matter?  Well, quite a lot....

If you look at the graph below you'll see that CO2 is much less soluble in warm liquids than cold ones, meaning, basically, that the liquid can hold less CO2 in solution at a higher temperature.  As the beer is fermenting there is still a lot of CO2 being produced by the yeast and it's bursting to get out of the liquid one way or another.

This would all be fine, but we're about to add the dry hops; when hop pellets are added to the beer they break down into constituent little bits of hop which create millions of "nucleation points"; these sound great but are actually a massive pain in the arse for a brewer... picture those lager glasses in pubs which have a stream of bubbles coming up from the bottom; if you examine these you'll see there is a printed area or blob of glass which acts as a nucleation point to bring CO2 out of solution and therefore forms the stream of bubbles... now transpose that thought into millions of little nucleation points (the bits of hop) and you can imagine how much CO2 is suddenly brought out of solution, and it's got to go somewhere!

So, with all this CO2 suddenly being released out of solution and the yeast head still sticky and prominent, the beer froths up.  Sometimes it overflows the FV and goes everywhere, at other times it's a bit more subdued!  We tried a new technique today of adding a portion of the hops first (20%) to get things started and then planned to add the rest 10 minutes later but, after nothing happened, we threw the rest of the bag in thinking that was that.... bad mistake!  Suddenly the yeast head on the FV began to churn and bubble alarmingly, then started to rise.... and rise.... and rise.... until it reached the very top of the vessel, but luckily for us any repetition of previous yeast sweeping from the floor below was prevented as the photo below is as far as it got before receding back!

Lesson learned, add a bit first then wait half an hour! 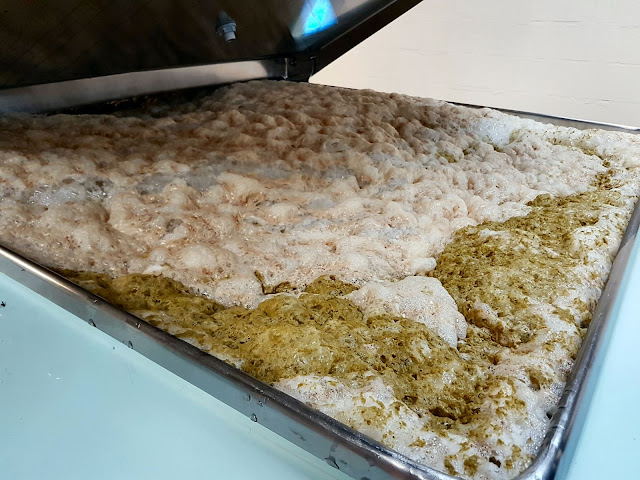 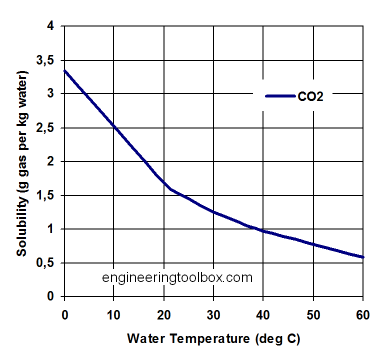 Posted by Gazza Prescott at 21:47 No comments:

CAMRA, a chance for change?

Gazza, supporting Tiny Rebel? What's that all about then?

OK, we haven't always got on and as companies we don't see eye to eye for various reasons... but here Brad speaks a massive amount of sense (although he's maybe a bit of a moderate for the likes of me 😉) and what he's saying is, in my opinion, pretty much exactly what the brown beer society - aka CAMRA - need to do in order to survive in the current fast-moving and, to them, increasingly alien - and fizzy - beer world.

I'd vote for Brad if I was in CAMRA and I am actually vaguely considering rejoining just to vote for him, a la Corbyn... So, please read his manifesto, ALL of it, and then tell me it doesn't make a huge amount of sense to start from zero over again rather than doff the cap to the hardliners who don't want change and consider anything more modern than 4.2% brown beer with a few fuggles in heresy.

As a vaguely progressive brewer I love cask ale and feel that most of the beers we brew, which are mainly hoppy pale ales in the 4.5-5.5% range - are best served from a (well looked after) cask, but freely acknowledge that keg/can/bottle all have their place and there are plenty of beer styles which just don't work in cask but shouldn't be shunned because they are packaged in keg/can/bottle and, in the case of most small brewers, unfined/unpasteurised and tick all the "real" boxes except for containing the dreaded "bad" CO2 (force carbed rather than container conditioned!)

Fundamentally, IMO and that of many others who know what's going on in the industry, beer quality is the key to cask beer's survival as if it's no good people simply won't drink it, and sad to say there are just too many ropey beers (and brewers!) around.  This can be blamed, in the main, on the lemming-like rush to the bottom quality-wise in the current cutthroat price war being waged in the brewing industry due to overcapacity and it'll all end in tears, mark my words...  the big boys are sitting on the sidelines watching us rip each other to bits and, when the gory scrap has finished, they'll step in and take what they want; welcome to the dystopian future of brewing and beer.. divide and conquer as I'm sure AmBev, Heineken and their ilk are thinking looking at us fighting under the table for their crumbs.

Quality beer - in general - costs money to make and CAMRA should be explaining that if you want more hops in your beer then someone's going to have to pay for said hops and it shouldn't be the brewer!  Conversely, the Wetherspoon vouchers are a total anachronism for an organisation proclaiming itself to be independent and, IMO, gives the chain an unfair advantage at the expense of other pubs, plus with the laughably low prices Wetherspoon pays us brewers for beer, how are these vouchers encouraging the consumption of quality beer when all more trade for the chain encourages is more brewers selling beer at or below cost because the 'spoons is the only option left in town with other pubs closed down?

With regards to CAMRA, listening to the stuck-in-the-80s mantra many of them (and usually head office) regurgitate, it's evident that something needs to be done.  CAMRA doesn't represent the current beer drinker, the modern brewer, the modern publican or anything apart from old men moaning about how much beer costs, how they saved real ale and how "Red Barrel" (whatever that was) has returned.  It's time for an alliance between brewers and CAMRA but, for this to happen, there has to be a lot of conciliation on the CAMRA side as many modern (and semi-modern!) brewers no longer care what CAMRA say and see them as, at best, an irrelevance and at worse a hindrance.

It's time for a clean sweep of the decks and IMO there's not been a chance like this for a long time... of course, even if Brad gets elected it's doubtful he will be allowed to achieve much, but it's worth a try, for the sake of cask ale.

So, have a read of his manifesto here and decide for yourself. 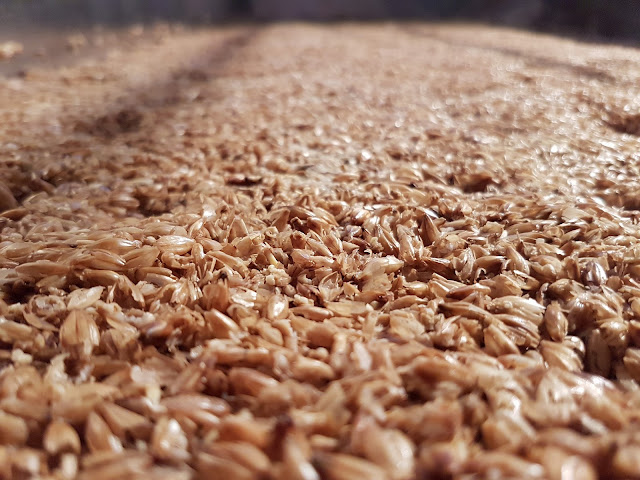 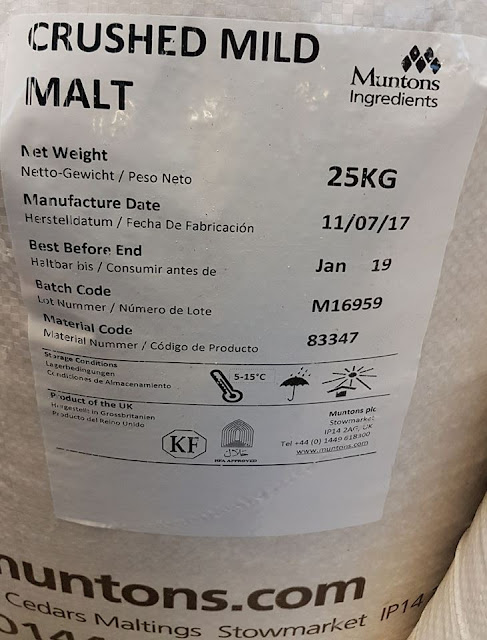 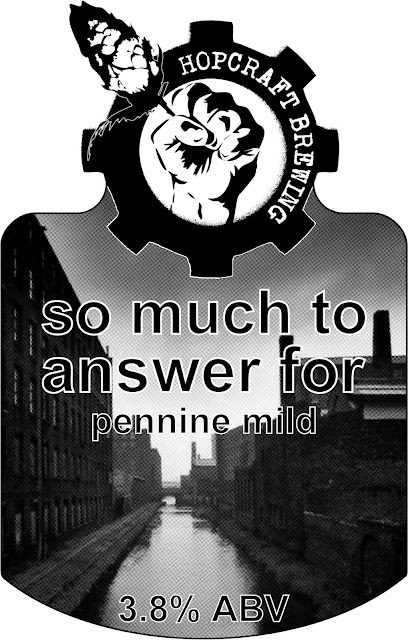 Posted by Gazza Prescott at 00:51 No comments: