An Amber ale is born!

With a complicated malt bill of 6 different grains - Propino pale malt, Melanoidin, CaraPils, Wheat malt, Carafa Special 3 and Biscuit malt - this is the kind of colour we were after for "Over the Wire"...

Add lots of New Zealand Kohatu hops, some US Summit and Columbus, and there you go! 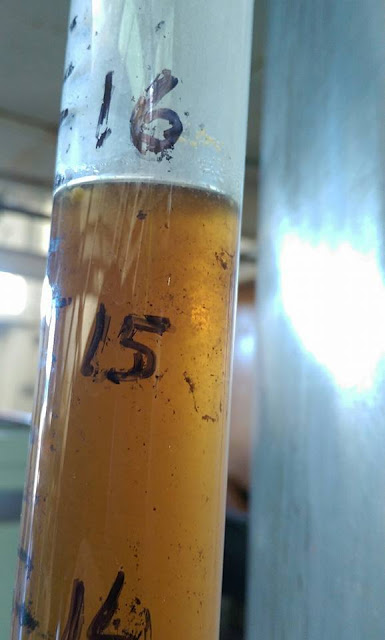 Posted by Gazza Prescott at 15:41 No comments:

Yes, it's true, yet another brew from us which isn't pale but is most certainly hoppy....

"Over the Wire" is a new one-off amber ale using Belgian Biscuit malt and German Melanoidin malt to give a deep golden hue which we're beefing up with lots of oily, pungent American Columbus and New Zealand Kohatu hops; a strange combination, but one which should work well hopefully... 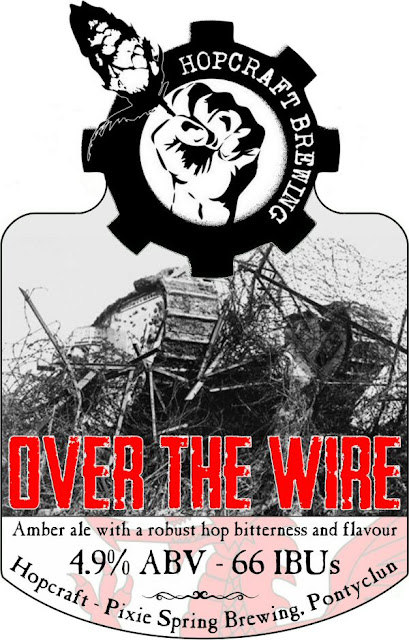 Posted by Gazza Prescott at 00:31 No comments:

.... include picking up more kegs from the makers, buying kilos of coffee beans to add to our coffee porter "Wales Coming Down" (which is due to go into tank on Friday for a weeks' conditioning), washing casks, reassembling and waterproofing a hot liquor tank heating element, plus a myriad of other bits and pieces which make things so much fun!

This week we're brewing twice, yet again!  First up is an old Pixie Spring beer resurrected due to demand from the Hopbunker; "Deliverance" is an amber/golden colour with a low bitterness but a good level of fruity hoppiness atop the bready, crunchy malt body giving what is, for us, a rare balanced beer with malt and hops pretty much in equilibrium.

Next up is a return to normality in the form of "Corazon de Oro", or heart of gold, which is a pale, citrussy and bitter brew much more in the Hopcraft tradition; using the rare Czech Kazbek hop alongside fruity American Chinook, this is a rebrew (although to a slightly different - I say improved - recipe) of a recent beer which went so well the first time around we thought we'd do it again...

Next week will be a single brew only as Gazza is taking a short break to Poland in search of interesting craft beers (of which there are many!) but in traditional Hopcraft style we've not decided yet what to brew...  I'm sure we'll think of something before then! 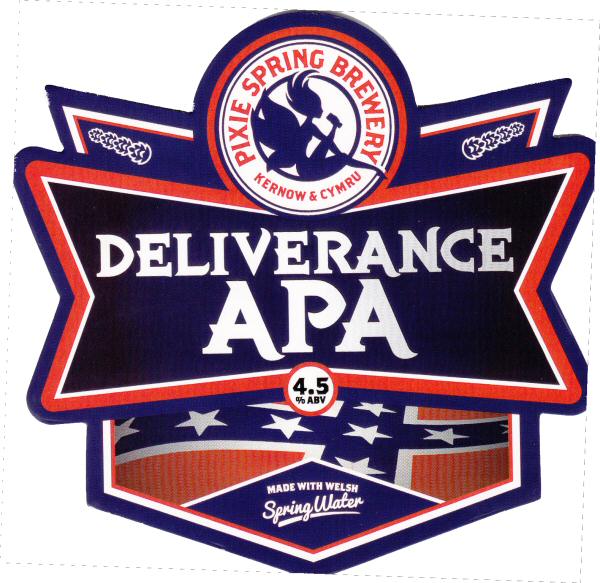 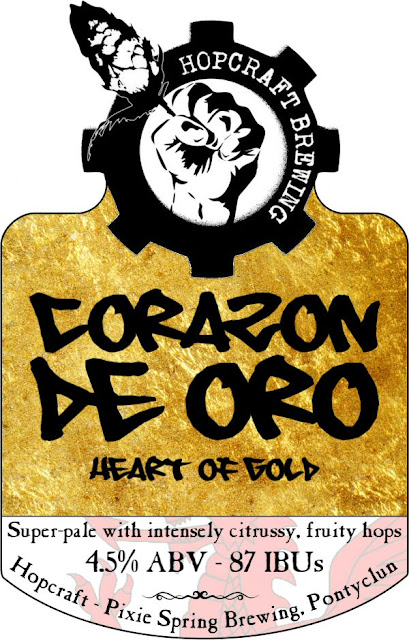 ... is what we're doing at present!   A fairly quiet January, as is customary, has suddenly burst into a mad-busy February which has taken us a bit by surprise, a fact our beer stocks testify to (as in, we have sod-all in the coldstore....)

So, a big brew of Golden Pixie today (which will also spawn two short-run beers) then a new coffee porter tomorrow, "Wales Coming Down", followed by two more (8 barrel) brews next week!  We've pencilled in a re-brew of "Corazon de Oro" which went down a storm first time around, plus the return of Pixie Spring "Deliverance" in it's first outing in over a year!  All dependent on hop supply, obviously...

The following week we're - maybe, orders permitting - down to one brew then we'll see how it goes, but with the Rugby on we're expecting a lot of throughput in the Hopbunker so maybe it'll mean even more brewing... ah well, such is life :)

Posted by Gazza Prescott at 18:52 No comments: 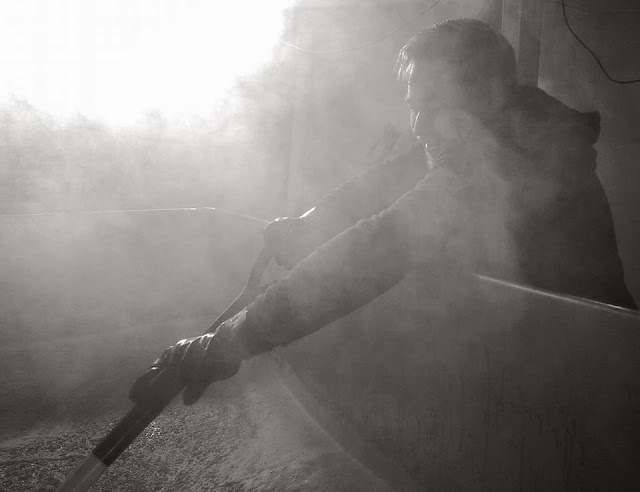 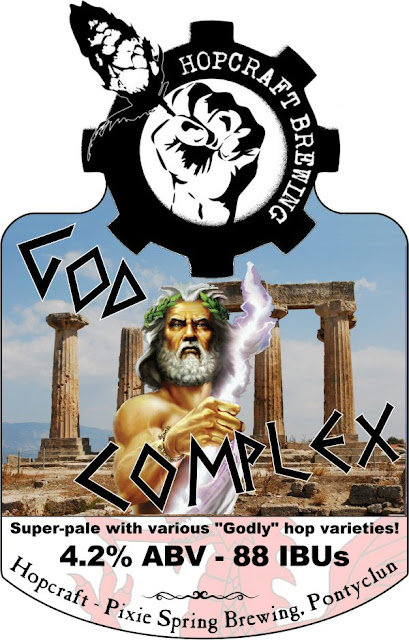 Posted by Gazza Prescott at 00:14 No comments:

Today, despite a dodgy element in our hot liquor tank, we brewed "Who's been Sleeping in my Brain?", a golden, hoppy and fruity beer with Citra and Topaz hops which should come out at around 4.4% and be pretty damn delicious, or so we're hoping, with a big fruity characater and bitter, fruity, hop-oily finish.

It was, I think, our earliest finish ever, with the transfer complete by 1450, and we'd even finished the copper cleaning before sundown; a sure sign that spring is on it's way... and we're doing it all again tomorrow when we brew yet another hoppy beastie, this one called "God Complex" and containing Azacca, Zeus and Mosaic hops (see what we did there, clever eh?) and is a collaboration with "Space Cadet" from Bristol... should be interesting!

Posted by Gazza Prescott at 00:03 No comments: