Festivals, eh?  It's the season for 'em!

Fire in the Mountain is held in the middle of pretty much nowhere near Aberystwyth in mid Wales and, thanks to our super sales bod Ms Hayward with the important contacts, today we dropped 21 casks off for the thirsty festivalgoers to get stuck into!

Delivery was surprisingly painless which isn't always the case at such events; obviously they have people who really know what they're doing... so, within 15 minutes, I was back out onto the narrow lanes to brave oncoming tractors, sheep and all manner of other hazards! 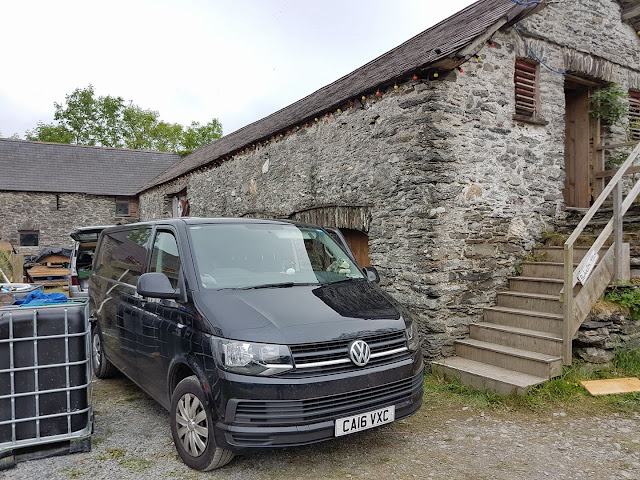 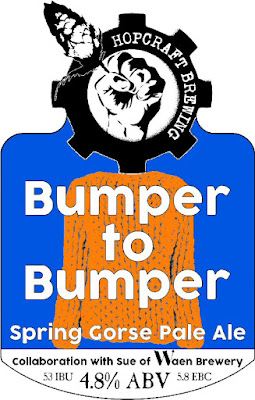 Picking gorse flowers for our spring collaboration beer with Sue Hayward of Waen brewery, "Bumper to Bumper", is a bit of a mixed bag of a job... it gets me out of the brewery for a while into the country but, even wearing rigger's gloves, the gorse still managed to inflict some nasty holes in my hand!  As you can imagine, some choice words were uttered in the bush's direction on more than one occasion....

Anyhow, here's a few photos of me in action as it were.... and the beer is lovely too, we're brewing another batch this week as the first went so quickly and we're being asked for more!  Result....

Posted by Gazza Prescott at 11:34 No comments:

Ask any old bloke about milk stout and, generalising vastly here, his eyes will twinkle as he remembers drinking Mackesons from cask when "he were a lad", but will then probably bemoan that it's not available any more on draught and rarely in bottles....

Well, tell him from me that he knows sod all.... milk stout is currently one of the trendy styles and is popping up everywhere from small brewers eager to brew something without a load of expensive hops in for once!  All you need is a sack of lactose.... and to know how to brew it, which obviously helps.

We're finding the demand for "Profits of Doom", our milk stout, growing each time we make it and so, just as we are selling the final few casks from the last brew we did a few months back, we're making it again!  Gazza has tweaked the recipe yet again but has been heard to say that we're almost there with this one.... which is, in itself, a rarity as he's always fiddling about with the beers trying to get them "just right".....

We're going to be releasing variants of the brew as is our way; "Campania", our famous Neapolitan milk stout, is flavoured to taste just like a pint of Neapolitan ice cream; yes, really, it does!  We also do a maple syrup edition and this time there will be a very limited cold steep coffee one as the test keg went down so well at our tap takeover at the Craft Beer Company in London the other month....  These last two are by special order so you'll need to be very lucky to catch them! 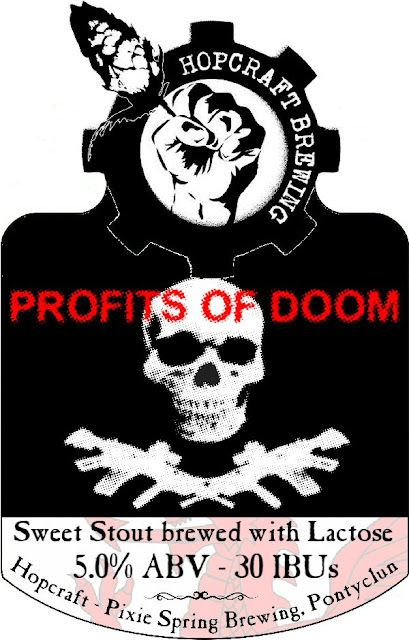 Posted by Gazza Prescott at 22:54 No comments: 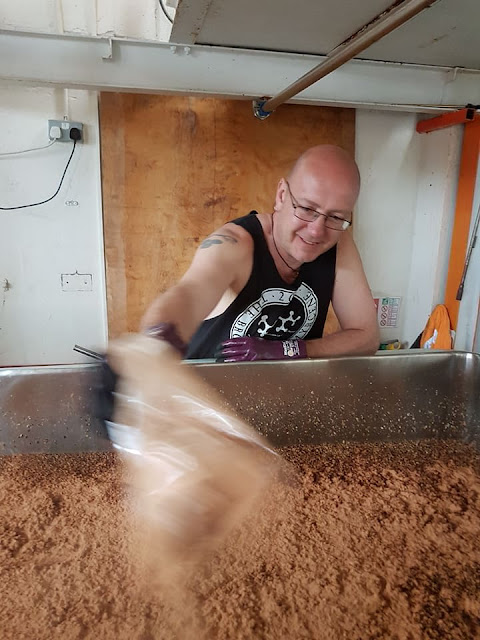 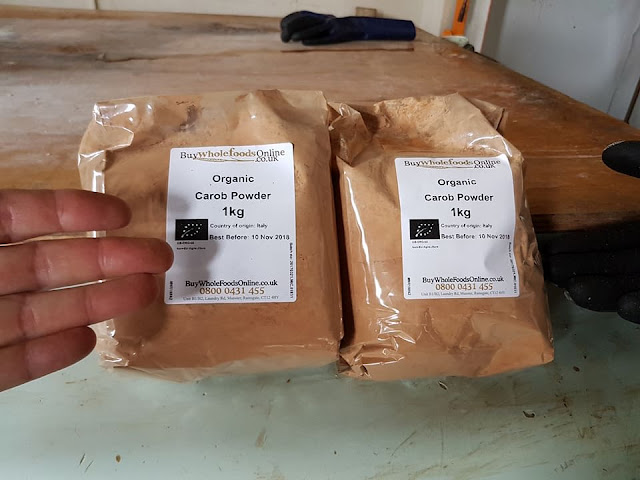 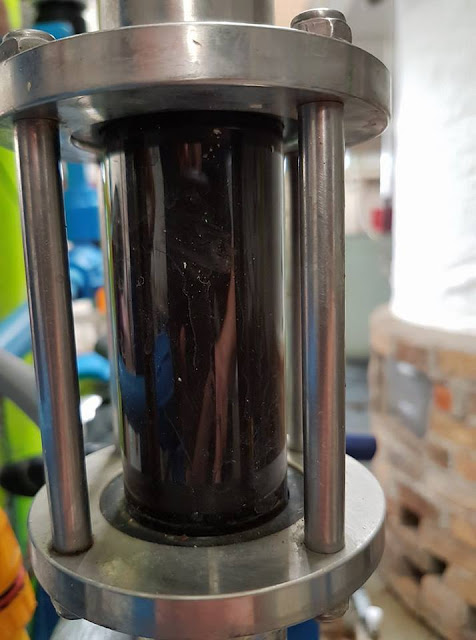 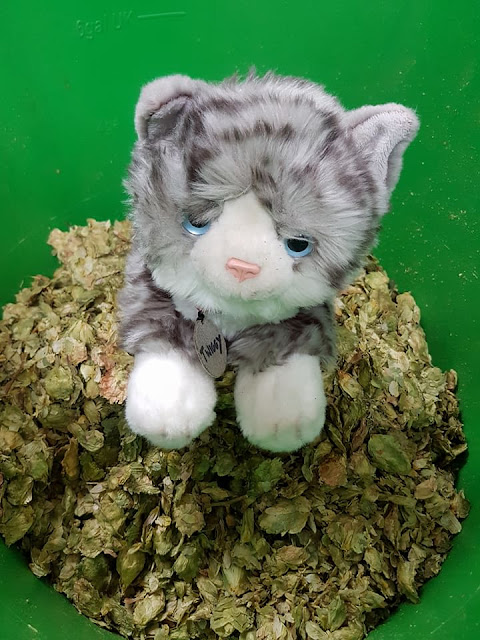 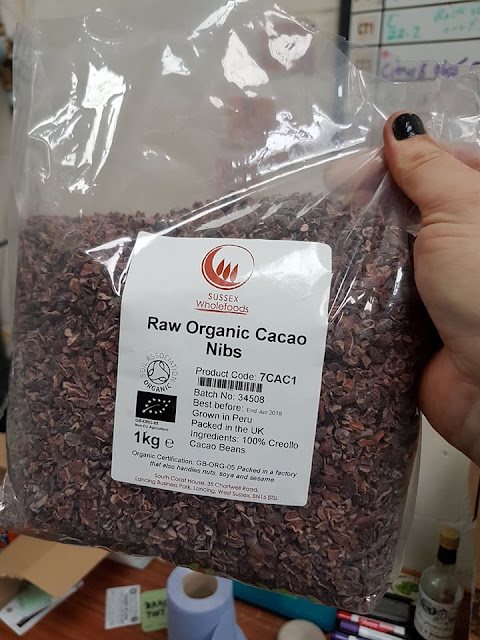 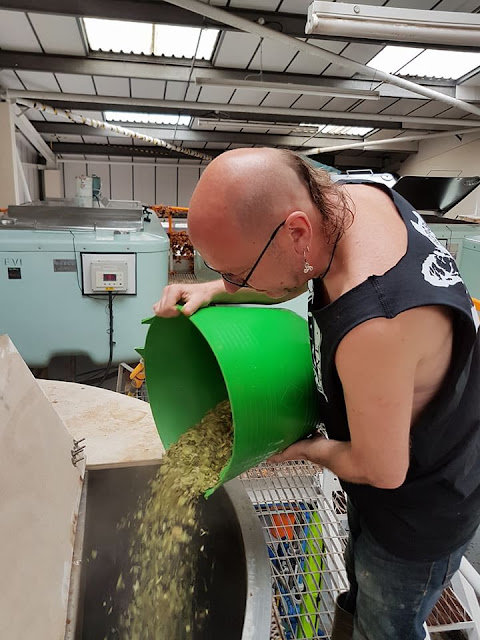 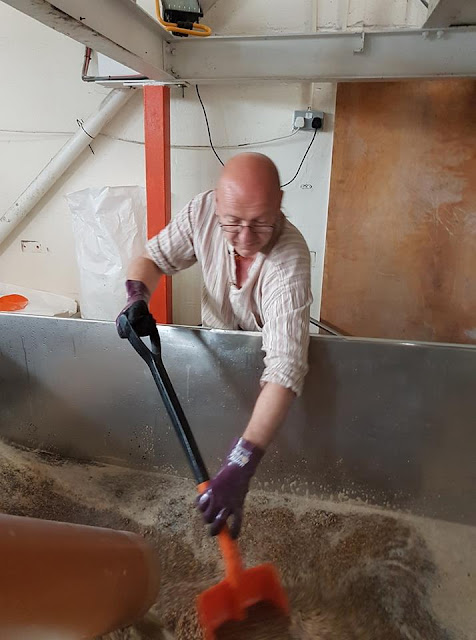 Posted by Gazza Prescott at 23:05 No comments:

Late evening cleaning of conditioning tanks is all well and good, but when you're tired and put the bucket under the wrong tank when you're flushing out the spent hop pellet sludge isn't really a position of strength.  Then, to compound it, don't listen to what's going on (in my defence, the chiller unit is bloody loud....) so you don't hear the gunk splashing all over the floor until the chiller goes off, you look down, and see the floor is swimming with green goo.....  yeah, lovely.  Just what I needed.

(and I know it looks brown but that's the lights!) 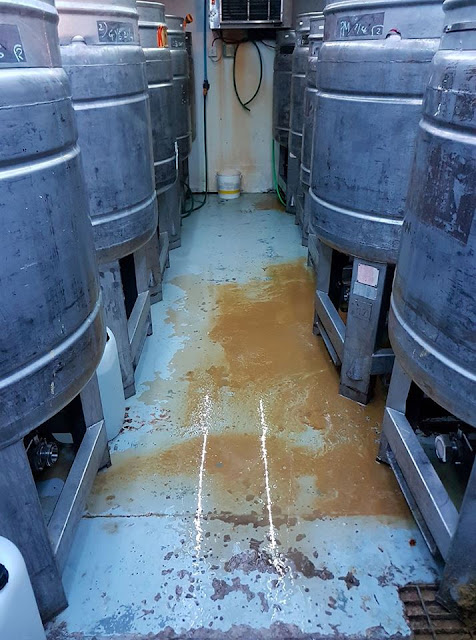 Posted by Gazza Prescott at 20:53 No comments: