We've tried, God knows we've tried, but it's time to face the facts - Tidy Bitter doesn't sell well enough for us to continue brewing it.

After ten brews of it (which is more than any other beer we've made, although that is trumped in volume by the 8 brews of Golden Pixie which are larger volume batches) we were pretty much happy with the way it tasted - as much as you can be when you don't like brown bitters - and I thought the lack of UK hops / crystal malt made a big difference with the European replacements working much better flavour-wise.

But, in the cold light of day, the facts are plain - we brewed it 4 times in both 2013 and 2014, but only twice this year.  Both times in 2015 we've only produced 16 casks of Tidy Bitter, the other 16 being dry-hopped to create "Bang Tidy" which always sold out way before the Tidy did as a result of our customers wanting something a bit different; as you can see, the demand for it has fallen off a cliff this year.

But there's more than that.  Brown Bitter is a dying animal, dying a slow death of a thousand cuts, as it's drinkers - generally older men - get fewer in number (and maybe decide to drink at home instead), plus there's the double whammy in that the newer generation of drinkers just aren't interested; they want interesting beer, be that hoppy, sour or whatever, and brown bitter just doesn't register on their radar.

Another argument against brewing brown bitter is that, quite simply, there are too many of them about so why bother!  The plethora of bitters for sale has swamped the market and depressed prices, plus other people can brew them more consistently than we can and to a better price, so what's the point in us making one when there are too many about anyway?

Add to this the day's brewing which could be better used making something which will sell better, the cost of cleaning/electric/gas/labour and the fermenter being tied up in use for a week when it could be filled with something much more lucrative and things are starting to look bad for the whole Tidy concept!

And there's still more..... with the proliferation of brewers these days pubs are in the driving seat when it comes to purchasing power, and many are now demanding to pay "No more than £x for a 9"... The value of "x" varies, depending on the location and affluence of the pub, but I've heard figures of 60, 50 or even lower being nailed to "x" and, frankly, that's just not sustainable for the brewer.  For a 9 gallon cask of 4% bitter there is around £15 of beer tax to pay, plus between £5 to £10 of ingredients.

Add to this the brewery's overheads (staff, rent, rates, electricity, gas, transport etc) and you're getting very close to the selling price with not a lot left over for the essential profit the brewery needs to grow and, indeed, survive... selling beer for £50 a 9 just isn't sustainable or good business practice as it means pubs expect to pay that much for everything...which means you can't brew hoppy beer as the budget for ingredients simply won't stretch to a pack of Citra when you've got less than 50p to spend per cask on hops.

Another problem with bitter is that those who drink it expect it to taste a certain way with very defined flavour characteristics (toffee, estery yeast, European or UK hops), so you've not much "wriggle room" to mess about with the hopping or flavour balance much... hence it's difficult to make one with enough difference to please the beer lovers but not too scary to frighten the bitter drinkers.... a rock and a hard place I think they call it!

Which brings us onto the final argument as to why Tidy is being placed on indefinite hiatus, in that it costs us money to brew it!  Not literally, of course, but consider this scenario;

We brew 32 casks of Tidy Bitter, which we sell for £65 a cask (minus discounts).  This will give us a total of around £2000 return on the brew, although to sell it all would take a good 3 months or so.

So, instead, we create a 4.5% hoppy beast of a beer which we'd sell in 2 or 3 weeks - not months - at £80 a cask giving us around £2550.  As you can see, there is already a £550 shortfall in brewing Tidy as opposed to a more adventurous beer; this can be offset partly by the ingredient costs which would be around £200 for Tidy against, let's say as an average, £375 for the more interesting brew.  All well and good, except Tidy will be hanging around in the coldstore taking up space, getting close to it's BBE date, keeping casks tied up and generally not selling very quickly, whereas the new beer will have been sold, paid for and (hopefully!) the casks will be back and filled with something else much sooner.

So, with all this in mind, we've decided that it's just not practical to brew Tidy any more as we're losing money making it when we could be making something which will sell faster and be more popular than Tidy; let those who have specialised in brown beer make bitters, and we'll stick to the hoppy stuff; after all, you wouldn't expect a craft baker to be churning out sliced white shit bread, would you?  QED..... 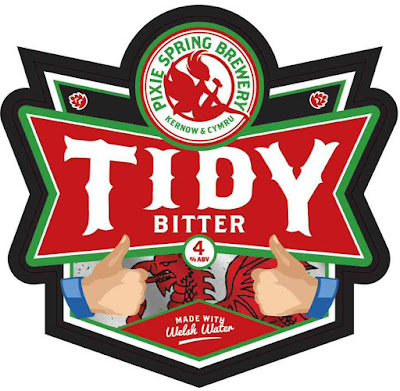 Posted by Gazza Prescott at 00:41 No comments:

"The Boss" rides again... and other stories.

Yes, you heard it here first!

"The Boss" was the original collab between Gazza and Pixie Spring, brewed in the cellar of the Wheatsheaf in Llantrisant, back in 2012 and if truth be told was a bit of a dog's dinner of a recipe using whatever hops we could blag at the time!

Well, after a few rebrews, Gazza reckons he's got it where he wants it and we're ready to give Boss another try; the malts are kept simple, the hops are mainly Chinook and Citra, and it's just a straightforward pale ale with big fruity hop flavours just like it was supposed to be the first time around...

The week after that we'll be brewing yet another new beer, but this one will be in a new style for us; American Amber!  This is a variation of red ale albeit with more of an amber/tawny colour than red (which the name kind of suggests) and will be loaded with big bolshy US hops to impart a bruising lupulin assault.... "We Come in Peace" definitely doesn't!

Posted by Gazza Prescott at 00:19 No comments:

Which, to be fair, isn't that unusual here; we've often brewed beers and they've not received a name until they're in the fermenter or - in one case - going into cask!  Sometimes the right name just takes a while to reveal itself....

This week we're brewing a super-pale brew with the fruity Calypso hop and the lime marmaladey Centennial, then dry-hopping it with Mosaic to give, hopefully, an uber-fruity pale-as-you-like beer with an ABV of over 5%.

So, the only problem is it's lack of name... but we'll sort that out I'm sure! 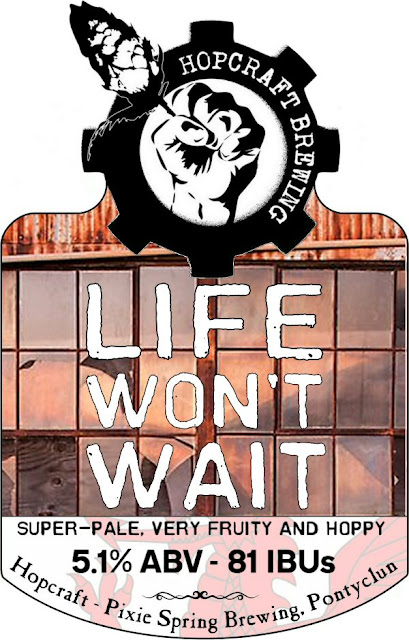 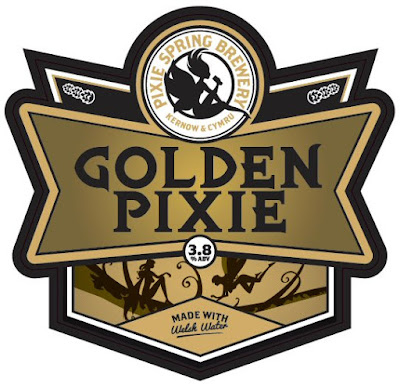 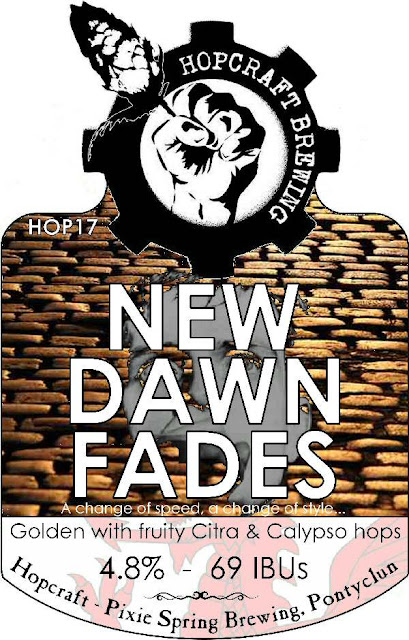 Posted by Gazza Prescott at 17:46 No comments:

Originally designed as a one-off brew, thanks to the first batch selling out in super-quick time - not to mention all the great feedback we've had - the politburo have decided to rebrew Devilfish again!

Masses of hops (Azacca and Mosaic) have been bought, a sack of special de-husked German chocolate malt is ready, all that remains is to unleash the alchemy and bring him back to life!  This second brew will be almost identical to the first, maybe with a very slight amendment to the "first wort" bittering hops, so we're hoping it goes down as well second time around.... 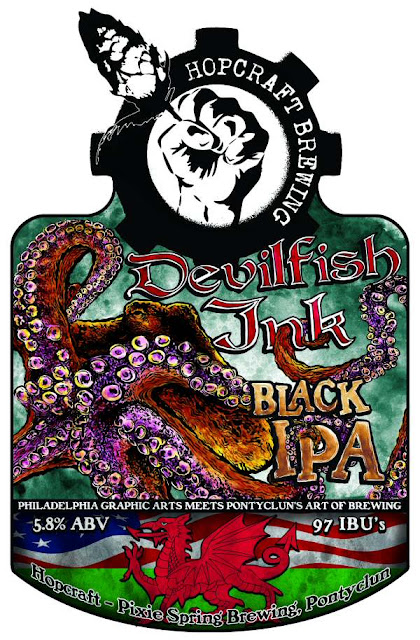 Posted by Gazza Prescott at 00:22 No comments: