For those who don't know, a "kegerator" is an American term for a contraption which dispenses beer from a keg, via some kind of cooling mechanism, to a tap.   Ours has been in the conception phase for months as Gazza has next to zero practical skills, and it's taken Gav joining to push the project through into completion....  which says a lot about Gazza's practical value to the brewery.

But, you ask, how does it work?  Well, the keg sits in the conditioning room where it's plugged into the CO2 ring main, 3/8" beer line goes through the insulated wall, through the back of the bottling bench and into an undercounter chiller, then from there into the tap mounted on the side of said bench; it's a simple way to achieve this and, as the whole line run (which is important as less run means less beer sat in the lines getting oxidised and warm) is probably about a metre.

The end result of all this jiggerypokery is that we now have one keg beer on tap in the brewery permanently (with a second to follow when we get the correct connectors) which could be very dangerous, especially when it's really warm weather... rehydration and all that kind of thing.

When it was all installed, cleaned and tested we had to go through one final difficult decision... what beer to put on!  After a quick look through the available kegs there was only one real winner in the list and so on goes Citraic.... :-)

Just in case anyone was wondering, the reason we don't have a "caskerator" is that we'd never drink it before it turned, whereas the beauty of keg - one of them - is that it'll last weeks (and theoretically months, although I can't see it lasting that long) so we don't have to rush through it... unfortunately.

Note also the lovely bit of driftwood which Gav has fashioned into a pull.... we've affectionately named it the giant twig!

Posted by Gazza Prescott at 23:20 No comments:

Well, that's what we look like....  here's a few photos from our joint tap takeover at the Nag's Head, Reading last night with Mike and Iain from Wild Weather. 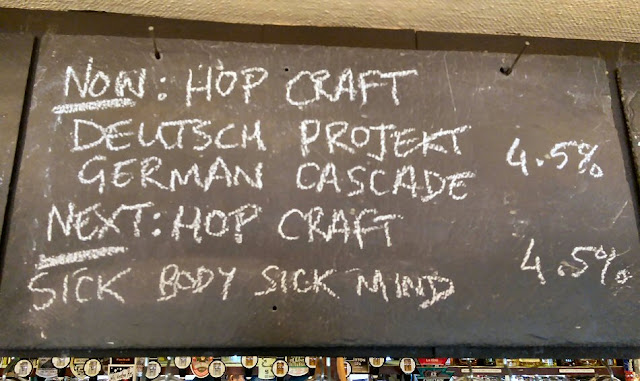 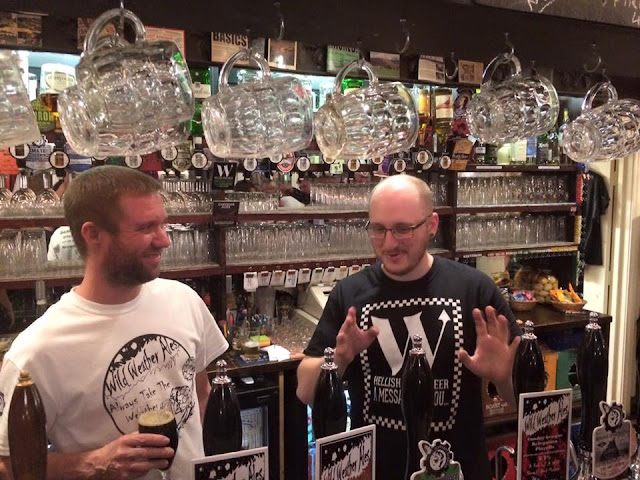 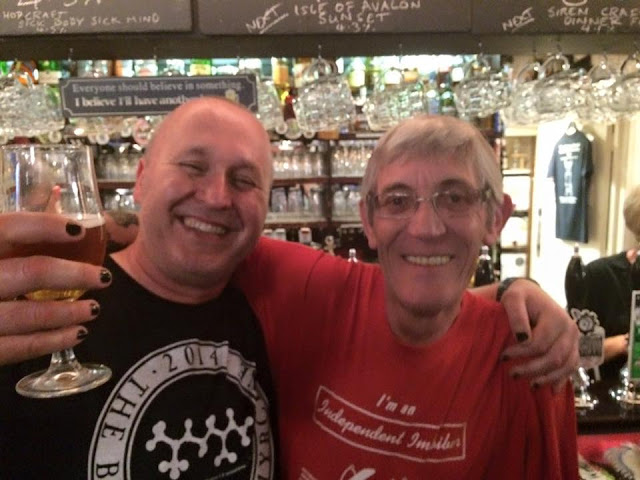 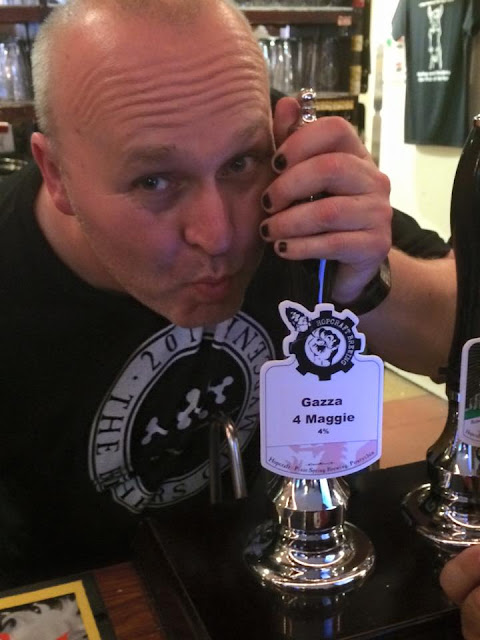 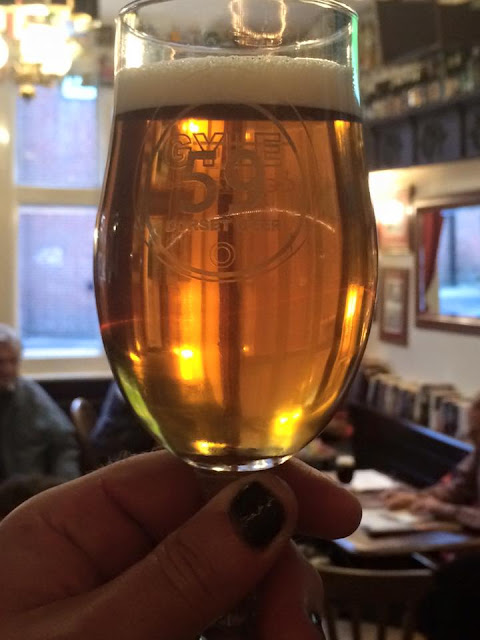 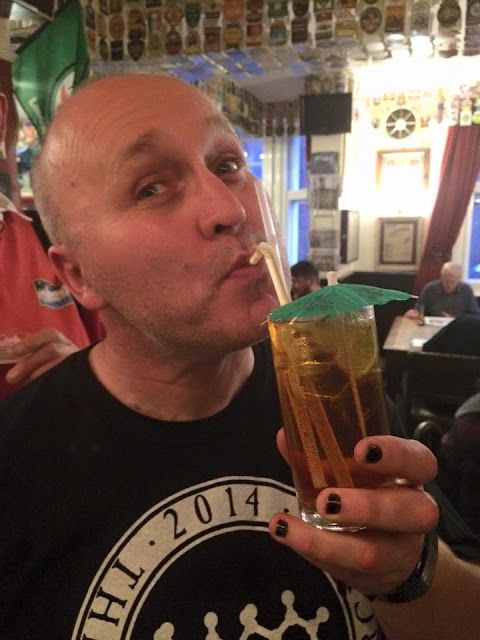 This Wednesday evening (29th July) sees us traipse down the M4 to one of our favourite pubs in the whole universe, the amazing Nag's Head in Reading, for a meet the brewer along with our besties Mike and Iain from Wild Weather brewing... we'll be taking over the pumps (and taps!) for the evening - and beyond maybe - with hand-picked examples of our wares which will vary, in our case, from a 3.1% orange session stout to a 5.9% IPA...

So, you know you want to, get yourselves down to Reading on Wednesday to meet us all - hopefully both Gav and Jay will be there - and sample some lovely beers! 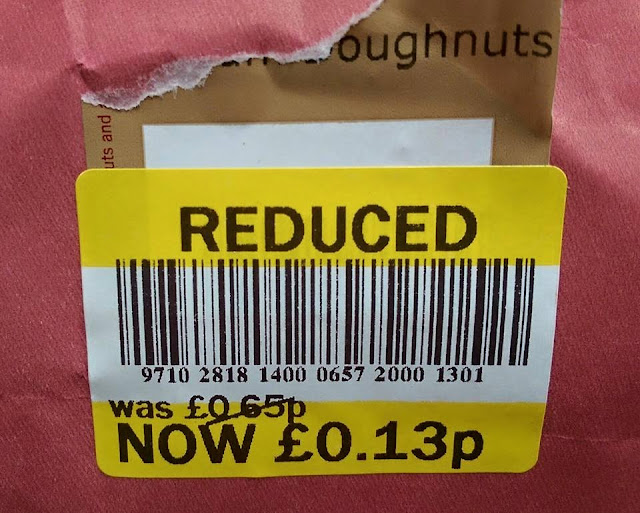 Posted by Gazza Prescott at 11:11 No comments:

Yes, hop fans, tomorrow we brew one of our most popular beers and one which has certainly got us some excellent feedback!  So, what could possibly make us want to change a winning recipe?

Well, it's the usual problem of lack of hops, unfortunately... Basically, we have run out of lusciously fruity Amarillo hops, and so have to substitute in something else... after having a good think about this thorny issue Gazza has decided to try out Chinook as a replacement as they have a similar fruitiness albeit more a "rhubarb and custard" character but, still, should fit into the general scheme of things pretty well...

The other hops remain the same, namely Columbus, Centennial and Galaxy, so we're pretty confident that any changes will be very minor and the beer will be just as pale, fruity and hoppy as you've come to expect from us and our summer brew! 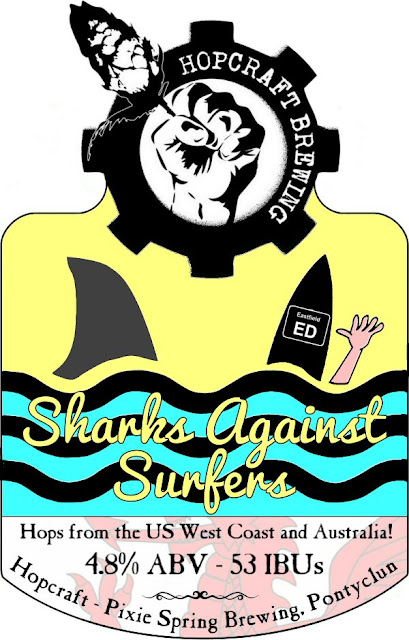 Posted by Gazza Prescott at 23:16 No comments:

With the re-awakening of the "plus" range (well, one of them....) Gazza thought it was time for a new image as the old clips had been done back in the very early days and were looking a touch rubbish compared to more recent efforts....

So, here we go, the new clip for Citra Plus, and who knows maybe more in the future? 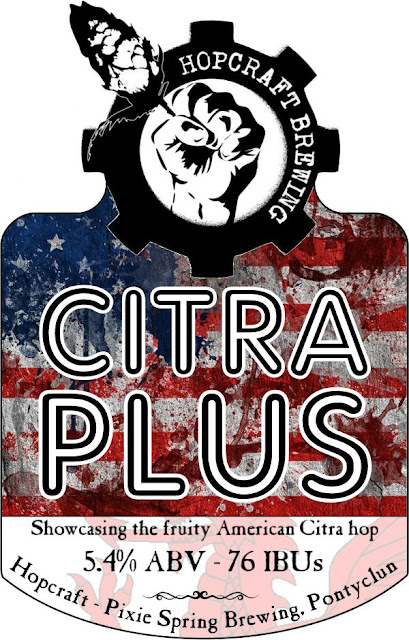 Posted by Gazza Prescott at 11:53 No comments:

I suppose it's my fault for listening to people but, hey, in business isn't that what you're supposed to do, in the main?  So, after some impassioned arguments for various rebrews, we've settled on the following two which are being done this week and next...

Citra Plus 5.4% - This was last brewed in February last year and was destined never to see the light of day again after the scrapping of our "plus" range on the grounds that Gazza was bored of them and the names were crap, but a few people have said how much they liked it and so, in a rare moment of munificence, we've dusted off the old recipe, updated it in line with current policy diktats, and so Citra Plus v3 is now sitting in FV2 waiting to dazzle you all with it's triumphant return to the field...

Sharks against Surfers 4.8% - Needs no introduction, really, as we only brewed it a few months back, but in case you've been under a rock on Pluto recently here's the gen; It's named after an Eastfield track and, so Gazza thinks, has the perfect name for a summer beer and is in itself the epitome of what we think summer is about beer-wise, namely super-pale and super hoppy!  With hops from America and Australia this brew is waaaaaay too drinkable and fruity...

After that we're brewing another batch of Tidy bitter as it's going down well in the Hopbunker, plus then there may be, finally, some more new beers!  We've plenty of ideas so no worries about that... and also pages of potential names too!
Posted by Gazza Prescott at 22:30 No comments:

I know everyone makes one these days, but to be fair we did brew it last year so it's not entirely a matter of bandwagon-jumping.....

So, on Thursday we're brewing "Crema Extrema", our coffee porter, although this year things will be a little different as we're (hopefully!) using beans from our local coffee roasters, Ferraris of Bridgend - which we intend to buy tomorrow - rather than the random assorted stuff we used last time!  We're off there tomorrow to secure supplies of "Cafe Classico" and, hopefully, talk them into letting us roast our own blend on their cute little 10kg roaster for a special beer...

5kg of coffee will go into the 8 barrel (1400 litre) brew as well as lots of lovely roast barley, Carafa special, Melanoidin, Carared and the "Black forest gateaux" hop of Junga to hopefully create something pretty damn good; we can't wait! 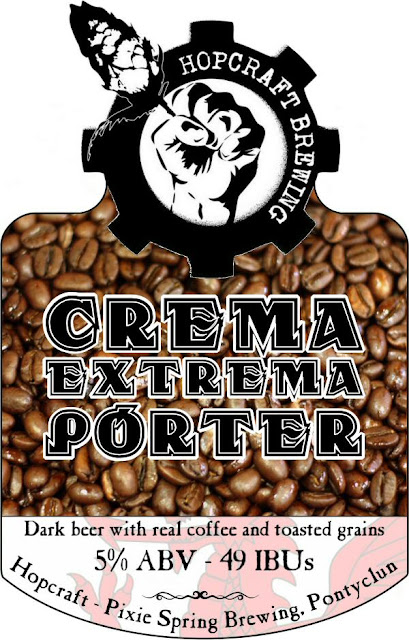 Posted by Gazza Prescott at 18:40 No comments:

With Jay off to pastures new (helping to run Waen brewery's new Swansea bar) we welcome long-term friend and helper-outer Gav to the team!  As he's been helping out in the brewery occasionally for the past few months he knows pretty much what to expect....

So onwards and upwards; Jay will still be involved with the brewery one day a week (that's the plan at present) but from now on, Gav's the man! 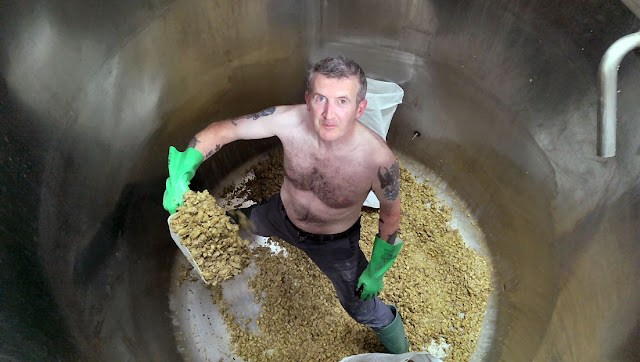 Posted by Gazza Prescott at 23:40 No comments:

Liking, as we do, new hop varieties, when offered a brand-new American hop from the USDA dwarf hop breeding programme Gazza just couldn't say no!

To be honest, first impressions aren't that great; on a positive note Jarrylo are probably the oiliest, stickiest hop ever (over 3% oil) but.... well, they don't really smell of much, and what they do smell of isn't that thrilling!  Ah well, the cascade they were paired with were some of the best we've had for ages with that old-timey lychee and lemon character booming out of the bag, so if the Jarrylo don't bring owt to the party then, hopefully, Cascade will save the day!

Look out for this in a few weeks, but first it's going to be dry-hopped with yet more Jarrylo whereupon the hop gets a chance to show us all up for dullards who know sod-all about hops... it may do, but we'll see! 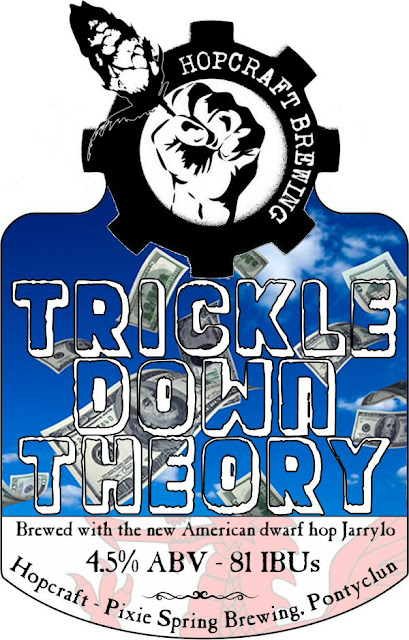 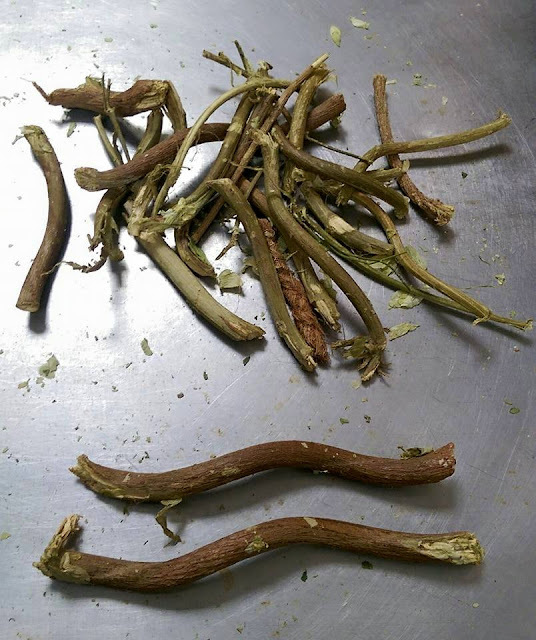 Posted by Gazza Prescott at 23:27 No comments: