Drink our Manifesto! (not Hop Manifesto, you've missed that one)

As you can see here, our red half-IPA now has a name.  And a personality of it's own... 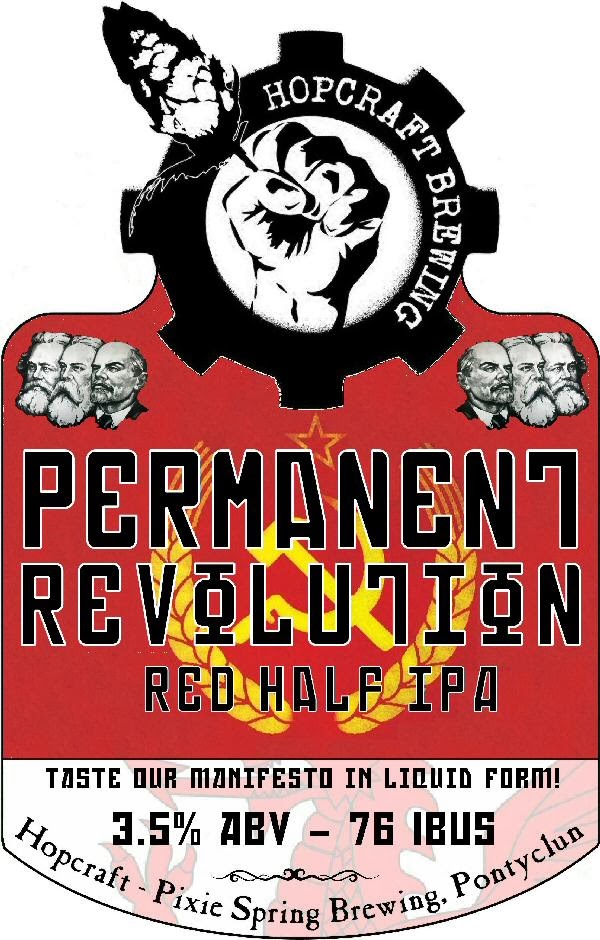 Today we brewed "The Boss" again as we ran out all too quickly and we like it a lot!  Good enough excuse?  I think so...

Next week will see a rebrew of Tidy Bitter (now on it's 4th recipe in a possibly futile attempt to get it just as we want it) with the associated sub-brew of "Bang Tidy" edition 2, this time dry-hopped with Cascade.

If the stuff arrives in time we'll also be brewing "Monky Business", our first attempt at a Belgian Dubbel; think Candi sugar, proper Belgian Abbey malt, that kind of thing.

In other Trappist beer related news, Gazza has been researching Belgian monastic beer recipes and thinks he's got this one about right, plus he's also got ideas to brew a style very rarely seen, Patersbier, a weaker "Trappist session" if you will!  More news on that probably next year...
Posted by Gazza Prescott at 19:31 No comments:

Running out of names already...

That's not entirely true although our latest brew, a Red half-IPA, is currently sitting in FV1 and is bereft of a name!  Rest assured that tomorrow we'll think of one... how hard can it be?

For those who don't know what a "half-IPA" is, let me explain... many years ago, a bloke made up a story about IPAs being exported to India and everyone believed it despite it being a pile of bobbins; brewers in the UK did produce IPAs but they were weak affairs and it's all thanks to the yanks that we now believe that an IPA should be around 7% and full of hops (nowt wrong with the last bit...)

So, it follows that on current (mis)understanding of the IPA situation a half-IPA is a low gravity version of the style, although in fact it's the strength they've been brewed at for quite a few years and thus doesn't make a lot of sense.  We're using it as we like to confuse people... that, and it sounds good and exotic which some people like.  That and a lot of beery people have heard of IPA and so will be more likely to buy it with IPA in the name somewhere!

So, if you're still with me, a red half-IPA is a low gravity hoppy beer which happens to be red (or as red as you can get using grains which isn't very) and, hopefully, delicious too... time will tell!

So concludes tonight's gibberish, thanks for your understanding...
Posted by Gazza Prescott at 00:44 No comments:

Today was our 30th brew so we brewed this... 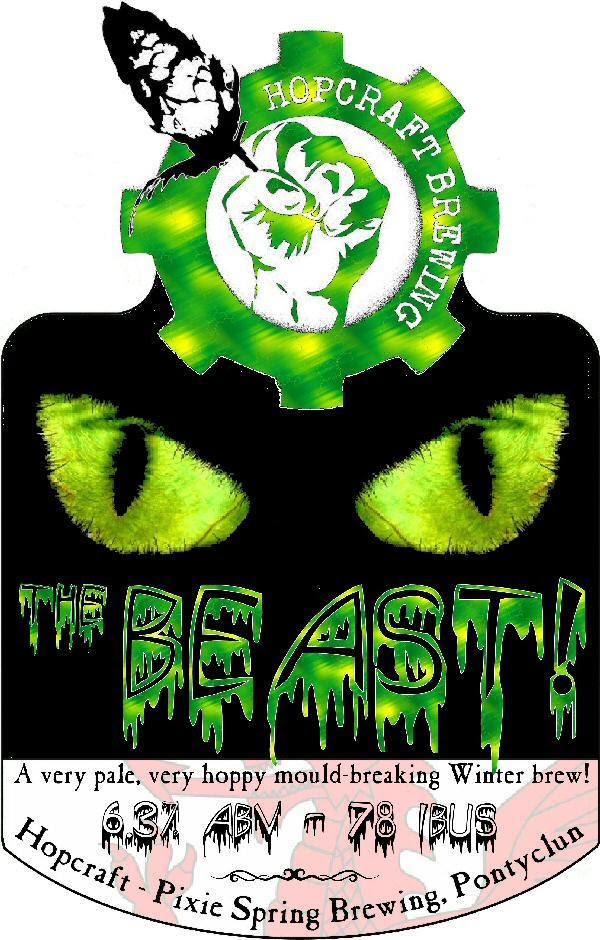 It's a strong-ish, very pale (using German pilsner malt to achieve the pale colour) and pretty damn hoppy little number which we originally brewed 6 months ago on the testkit and liked so much we thought it was time to give The Beast it's own full run!  Hops were Summit, Herkules, Citra, Cascade and Centennial.

And if that's not enough we have this trio of flavoured lovelies being casked tomorrow... 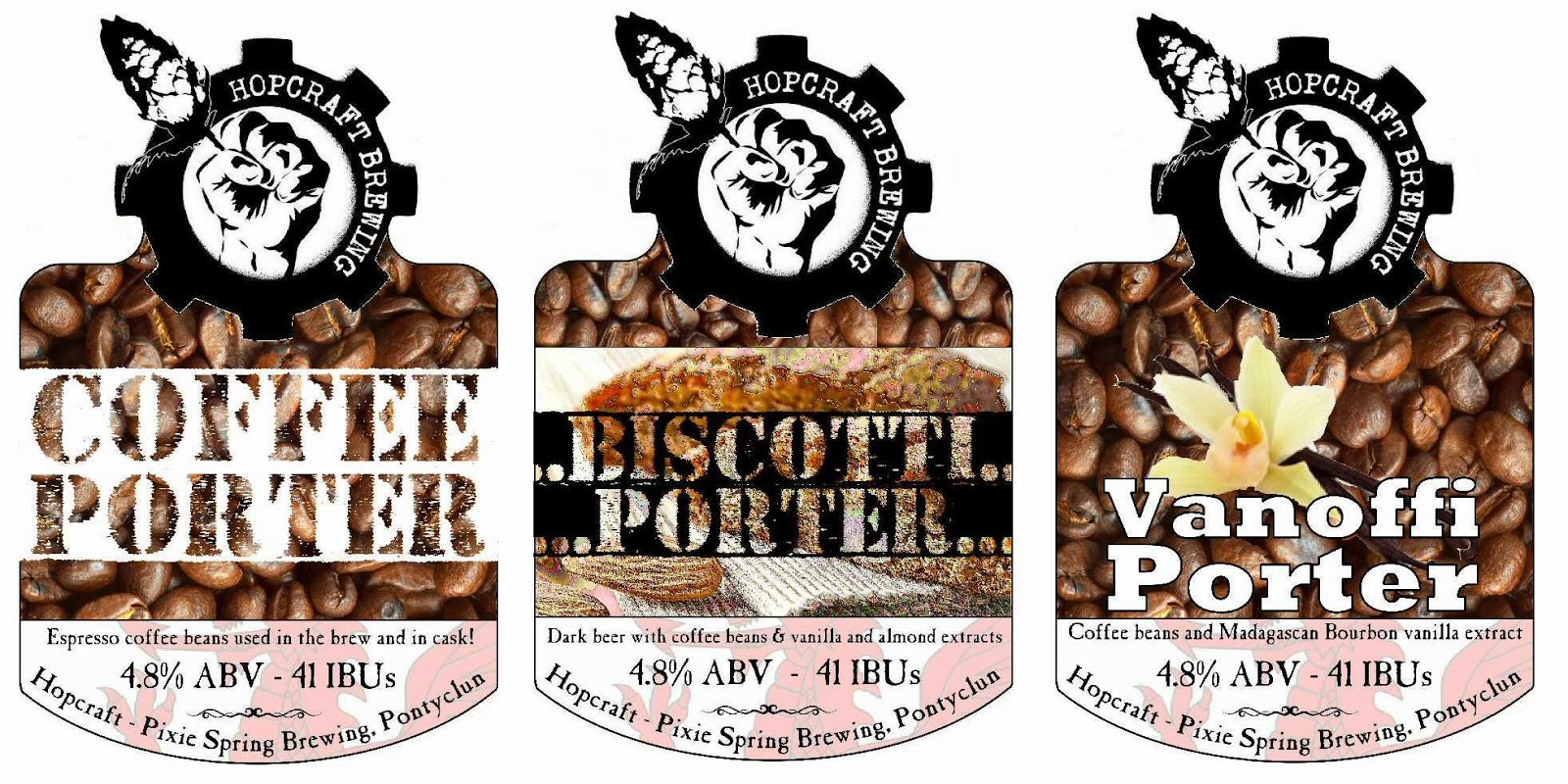 As you've probably guessed it's all the same brew with different natural extracts added (except the coffee as that was added after the boil and more will be added to each cask!) but we couldn't decide between the Biscotti and Vanoffi so we had to do both, plus a few just coffee too...
Posted by Gazza Prescott at 23:30 No comments:

No we've not gone all "yoof" but we've realised that the last brew we did, and the next one tomorrow, are repeats (albeit with heavily revised recipes) of testbrews we did back in spring on the minikit!

Last week we brewed "Lucifer Juice" which is mainly hopped with the new Experimental 366 hop from America giving a blackcurranty, oily fruit character; this brew is a lot weaker than the original testbrew at around 3.7% to allow the full character of the hop through into the finished brew... we'll see if this has worked in a few days when it goes into tank!

Tomorrow's brew is another rework of a testbrew, this time "The Beast", and this beer lives up to it's name weighing in at around 6.5 to 7%.  It's not like your usual strong winter beer though, oh no, this is an extra pale brew - lightened up with German Pilsner malt - and dosed with a right wallop of hops including Citra, Cascade and Summit then dry-hopped in the tank with yet more lovely American hops... who said winter beers have to be brown and "twiggy"?  Not us, that's for sure, so look out for it in a few weeks; it's one brew only so when it's gone, it's gone!

Posted by Gazza Prescott at 22:16 No comments:

We've finally got our new heat exchanger fitted and working and it's a beast too!  It's specified for a 15 barrel brewery - to give us ample expansion room - and it should cut our transfer time to FV from 2 hours to about 45 minutes once our new Lowara pump arrives from Italy (don't ask, it's cheaper that way).

Just to be sure, however, we gave it a blast today with our 29th brew, "Lucifer Juice", which is an amended version of a testbrew we did about 6 months back using the blackcurranty, spicy and even musky Experimental 366 hop.  This version is a lot weaker at 3.8% or so, but will keep the big fruity hop characater which made the original testbrew a success.

Today marks a milestone (of sorts) in that, for the first time since we started brewing back in June, we have all 4 FVs full of beer!  OK, one is being transferred to tank for dry-hopping tomorrow, but the fact is they're all full and the picture below proves it! (if you believe whiteboards that is...)

Posted by Gazza Prescott at 00:45 No comments:

Prospector, the beer we brewed instead of Deliverance last week, is now on chill and smelling pretty damn good, it'll go into tank this week with some Centennial T90 pellets to give it a final citrus blast.

In FV3 we have a very unusual brew in the form of Biscotti Porter!  Yes, you heard this right... it's a pretty standard porter (apart from the exotic German malts!) but then we added almost 5kg of coffee beans to the copper and that's not all; once fermentation is complete we'll add lots of natural vanilla and almond extracts to give it - hopefully - a flavour resembling a biscotti!  We've already done some tests of flavouring addition amounts and we'll do a final one with the finished beer before we commit the little bottles to the tanks... but I'm sure it'll turn out lovely!

One other less positive message is that Craftwerk, our Euro pale, seems to have developed some very unusual flavours in cask and therefore some have been condemned; these are our first ullages and we're very unhappy about it, mainly because the yeast seems to be to blame and we only used it under duress with no US05 available... never again! 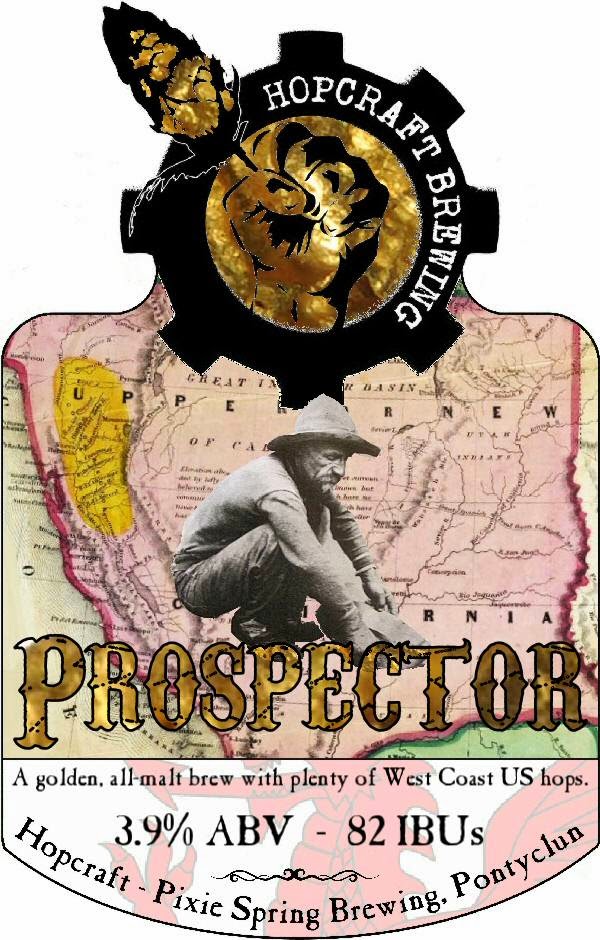 Posted by Gazza Prescott at 22:44 No comments: 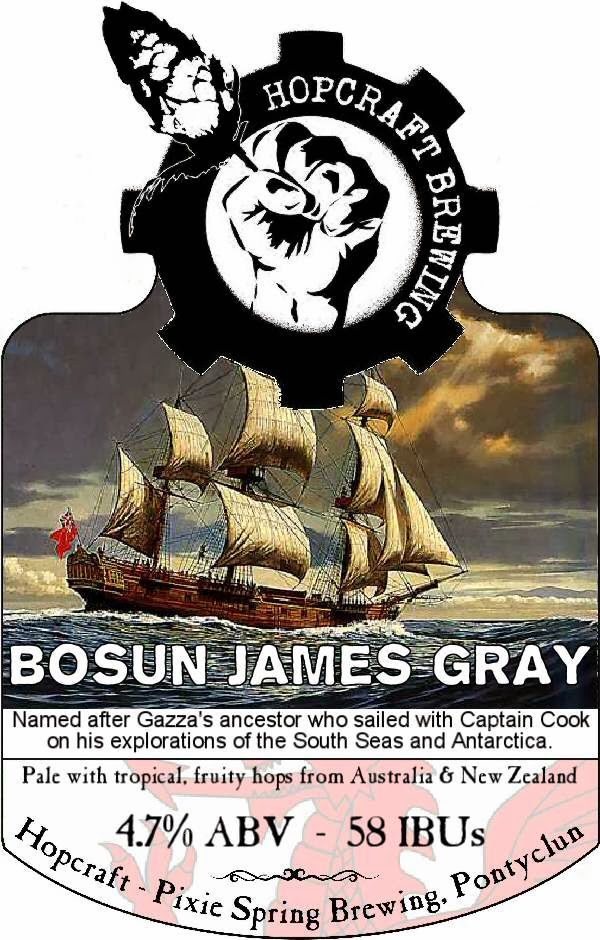 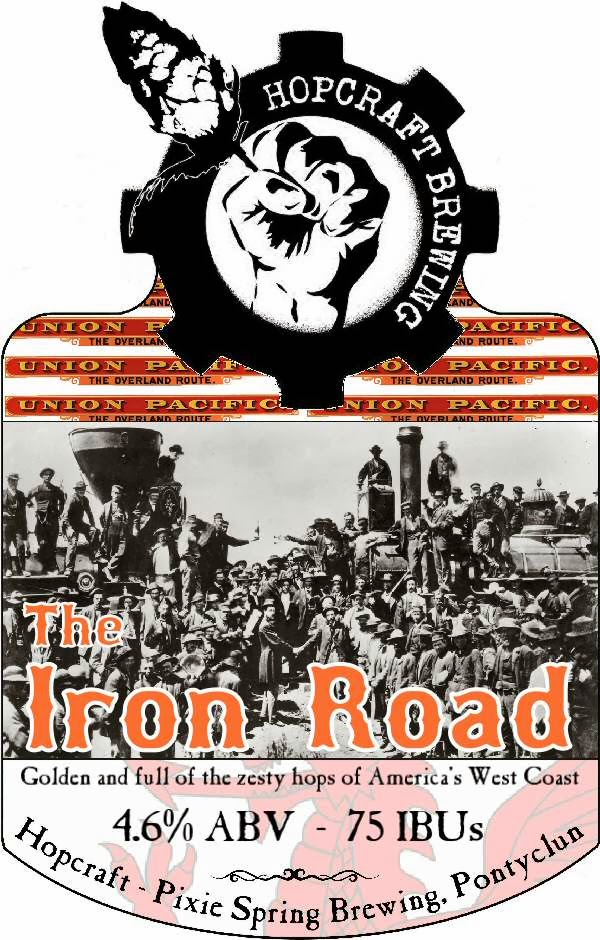 Posted by Gazza Prescott at 22:37 No comments: