Meet the Brewer(s) in Derbyshire ....

Last week we completed a gruelling two-day meet the brewer tour of Derbyshire, taking in Derby and Waingroves, a village near Ripley... the bright lights indeed!

Our first stop was the excellent Smithfield in Derby.  Gazza remembers this place from ye olde dayse when it was a beer ticker magnet (hence the frequent visits!) but now, after a few years when it seems doomed to either a) fall into the river or b) become offices, it's now reopened and has an excellent new manager in the shape of Emily who is bringing back the customers and, more importantly for future prosperity, finding new ones.

One way of attracting beer lovers - for the Smithfield now has the reputation of having the best beer range in Derby - is to hold events such as tap takeovers and meet the brewer events... which is why Gazza and Sue ended up there on a Thursday afternoon!

We filled the pumps in the pub and, despite being briefed that we were only expected to talk for ten minutes or so, over an hour later and we were still answering questions and eating nutella butties and, of course, drinking beer and gin!  This continued for some time.... 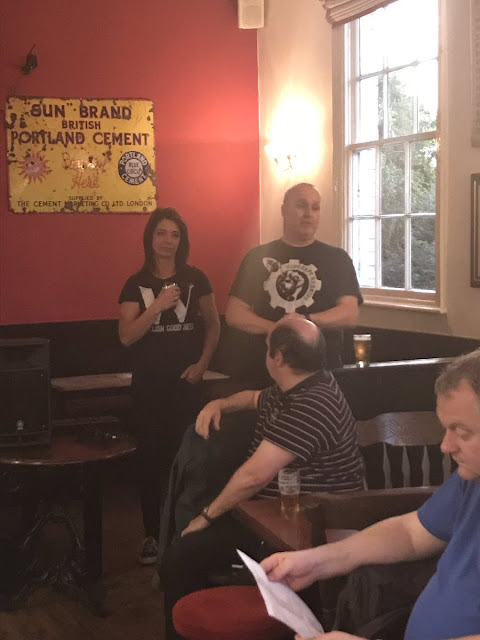 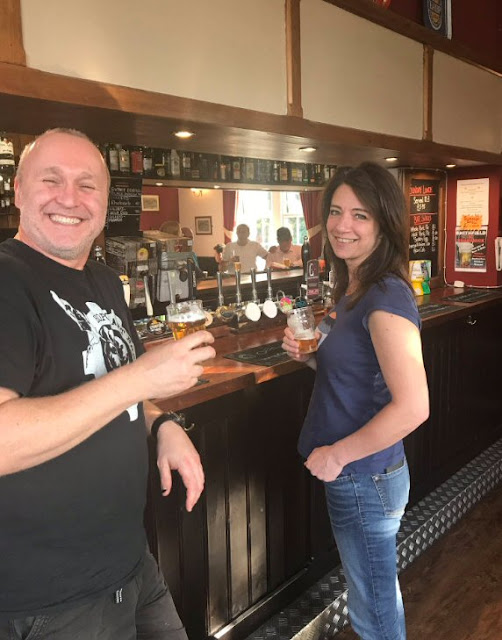 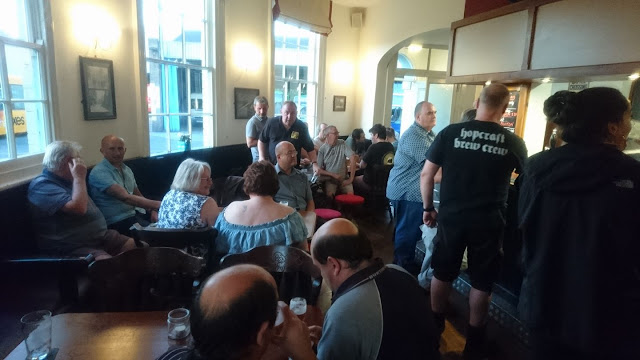 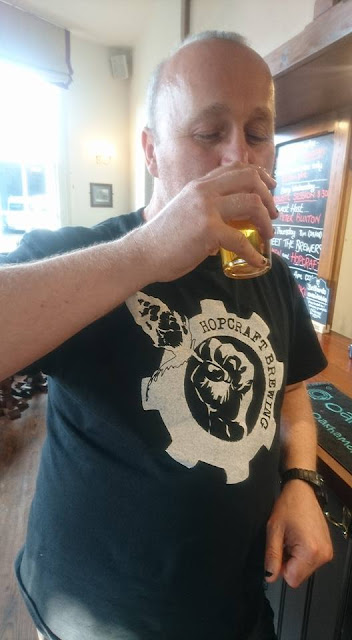 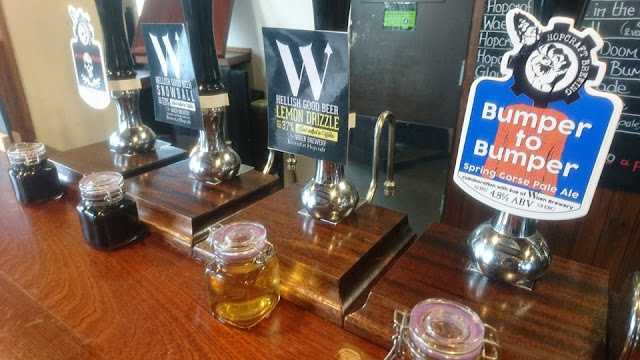 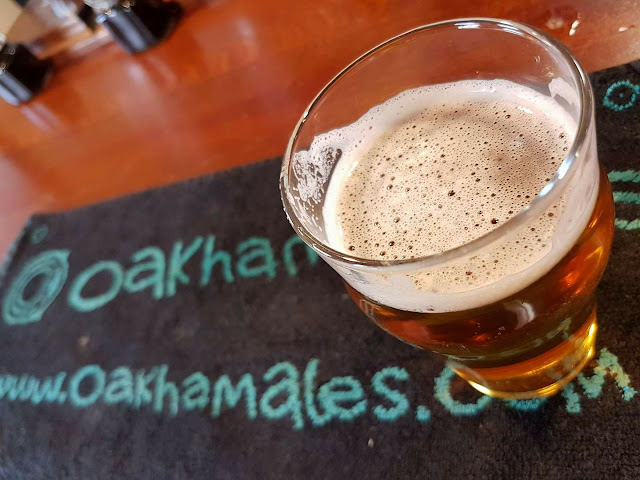 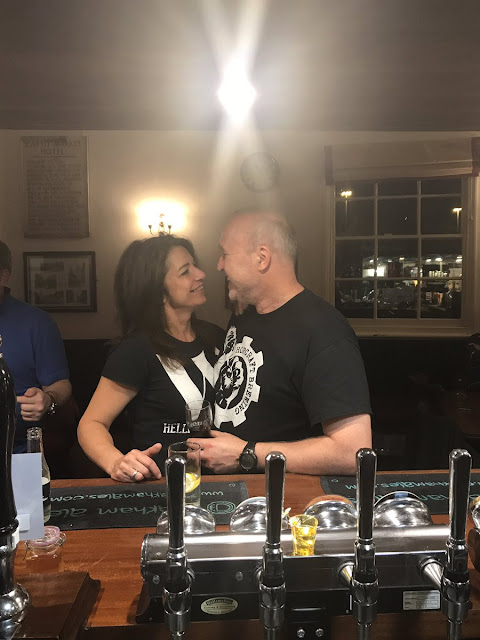 The next day we headed over to Waingroves, out in the Amber Valley, for a tap takeover at the famous Thorn Tree pub which I used to deliver to as Steel City 8 years ago!  It's now, after a period of being rubbish, become a cask beer haven again thanks to the team of Rob and Sam with lots of help from Mike of Landlocked brewery and Tom Soar, local bon viveur and beer lover.... we were feeling a little under the weather but soon perked up :)

As for the "battle of the brewers", Waen Pamplemousse sold out first, just pipping Mate Spawn and Die to the trophy... but there were some great beers on and the locals seemed to appreciate them, so all was good! 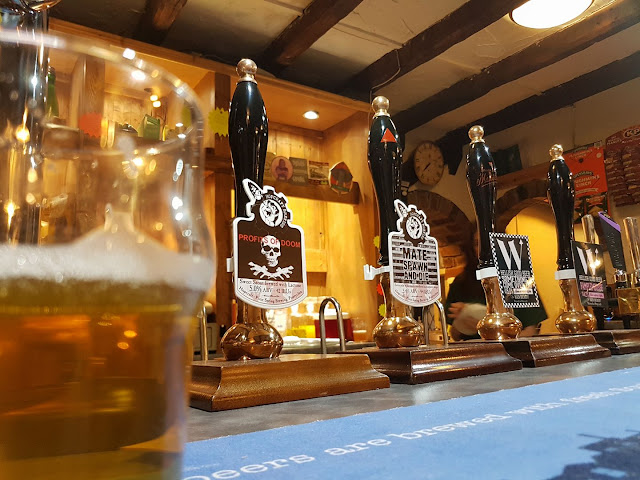 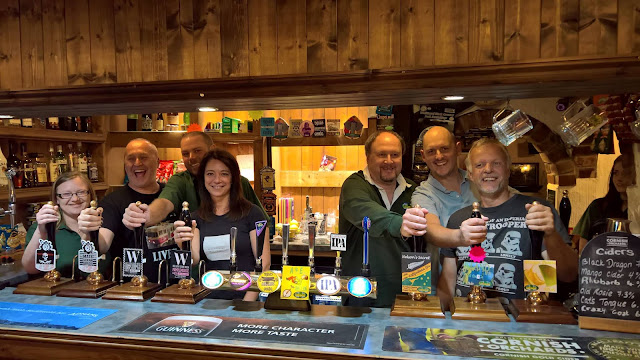