Yeasties on their main course.

For those who don't know, yeast is the single-celled fungus which makes beer... erm, well, into beer.  Basically yeast loves to eat sugar - wort is full of it - and so putting them into wort is akin to throwing me into a bath full of Nargis kebabs; much eating gets done!

Yeast eats simple sugars first (glucose, sucrose) then moves onto the more complex ones such as maltose - and others with scarily chemically-sounding names - until it reaches a point where it can't eat any more as the supplies are exhausted or the strain you're using simply won't ferment any more; it's reached it's attenuation potential and will go no further.

We're using S04 in our Tidy Bitter; it's an English strain more commonly known as "Whitbread B" and you can taste it's telltale peardrop and almond characteristics in many beers such as Batemans; if you can taste peardrops it's a pretty safe bet you're drinking a beer fermented with Whitbread B... that or your drink has been laced with cyanide.

S04 isn't my favourite yeast by a long chalk; it has a distinctive taste which we don't want in our ordinary beers and it doesn't attenuate (the level of fermentation it will achieve) that well and stops before other yeasts leaving more sugars - and therefore body - in the beer.  We use it for Tidy bitter, however, as it gives the flavours people expect a bitter to have; the public get what the public want, eh?

Here's some photos of the yeast hard at work this evening in FV3 troughing down on our Tidy Bitter; it's only been in the vessel a day and already it's going mental! 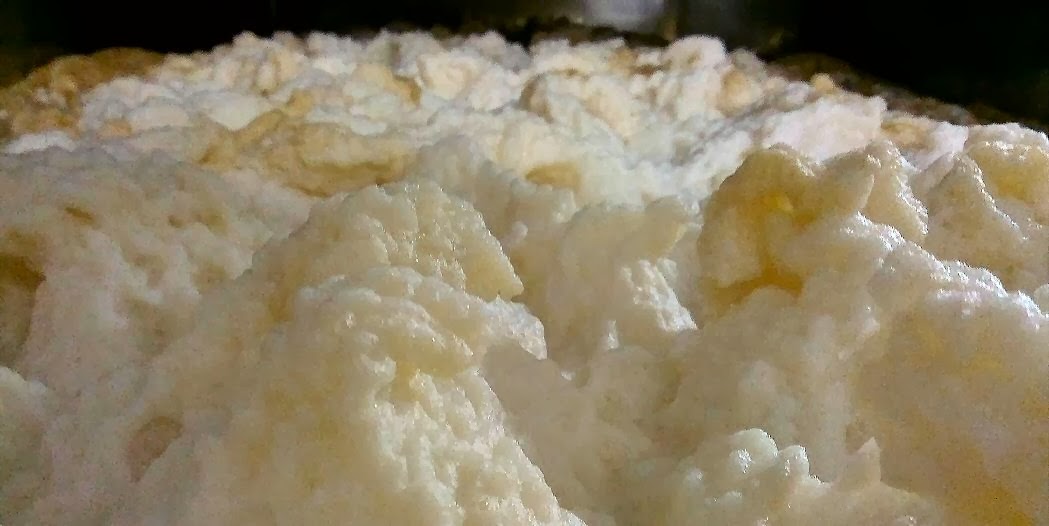