This week sees two brews at Hopcraft Towers and, in a rare case of unadventurousness, we're re-brewing two beers which we've done before!

First off is "Sharks against Surfers"; this is named after a song by punk anarchists Eastfield and showcases super-pale malt alongside modern American and Australian hops to give a dry, fruity and complex beer which belies it's straw colour in the flavour stakes.

Second will be perennial favourite "Citraic" which - as the name suggests - uses the lusciously fruity American hops Citra and Mosaic to produce a hugely flavoursome brew with a very modern, fruit-driven flavour all over a pale golden body with modern UK malts.

Both went down very well on their previous outings and, therefore, have been selected by Gazza for rebrewing with the usual slight recipe tweaks; Sharks is now all super-pale malt rather than lager malt, whilst Citraic uses the new UK Propino malt.  All hops are the same as before; surely a first! 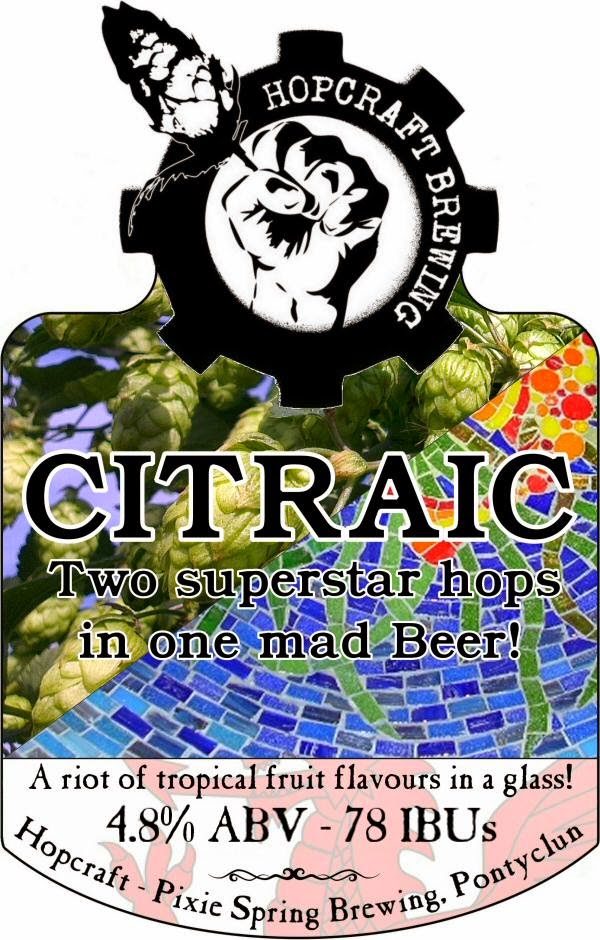 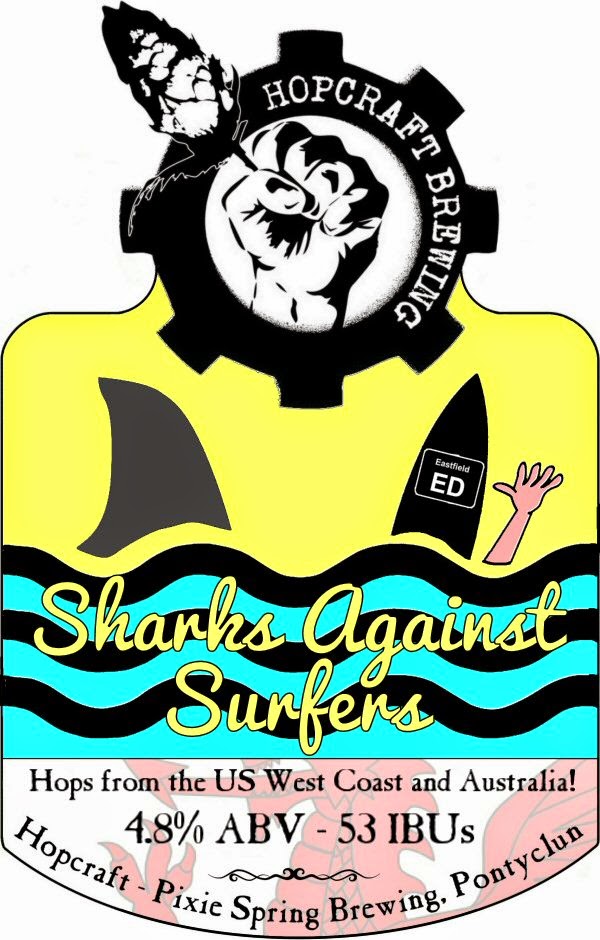