That's two things you don't often hear in the same sentence....  or title, even.

We've had a window fitted into the base of our copper (which is surrounded by chimney bricks to keep in the heat from the gas burners) so we can keep a close eye on said recalcitrant burners which have recently been going out at far to frequent intervals - the thermocouple cuts them out when it shouldn't - and, anyhow, it's nice to look at a roaring fire!

So where does the French emperor come in, you may well ask?  Well, he's featured on the clip of the beer we've transferred to conditioning tank and dry-hopped (Polaris, Nelson Sauvin, Cascade and Amarillo!) today; "Napoleon Complex" is a beer small in ABV but big in attitude as are the people the condition describes... Google it and see for yourselves what I'm gibbering on about!  The name fits the beer perfectly in our opinion and it's shaping up to be one of our hoppiest brews to date... we really need a hop accountant!

Next up is our European IPA with all Euro hops and then, as we've only got a bit left, it's time for the next brew of Tidy Bitter but this time we're going to start mixing things up a bit; as well as half the brew being casked as Tidy in the normal way, we're going to stick the other half in a conditioning tank with a load of hops and see what comes out; this will be a regular thing when we brew Tidy in the future to add a little interest and also to see what happens with different dry hops... didn't take us long to get bored brewing Tidy, only twice, and even then we amended the recipe between brews! 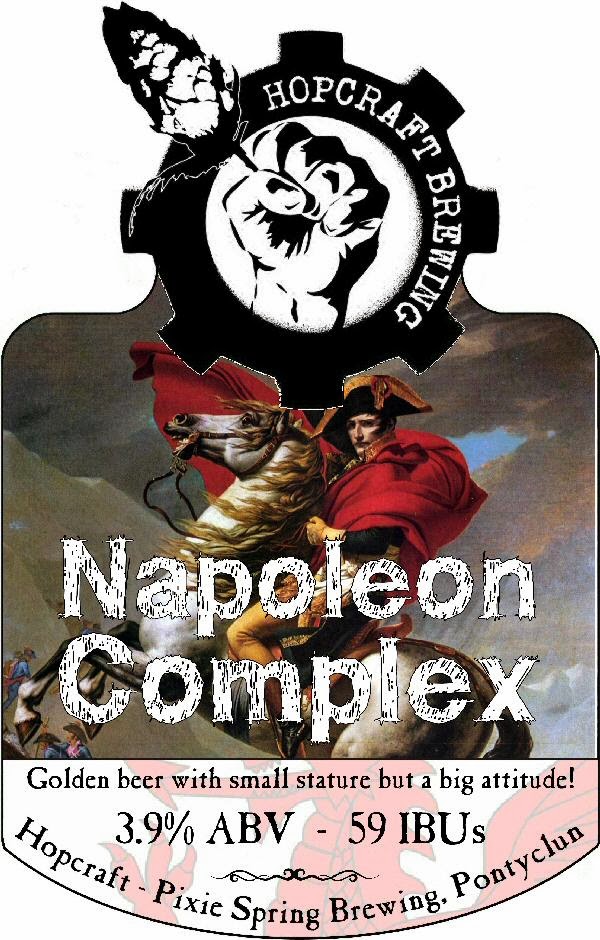