Brew 99 is coming together!

The ingredients are in the brewery, the recipe is finally finished - subject to almost certain last minute meddling - and we're all set to brew our 99th beer on Wednesday!

The malt is a 50/50 mix of Belgian Abbey malt (yes, it's actually from Belgium!) and a new Belgian Abbey yeast from our favoured yeast suppliers Safale, although we're venturing a little further south with the hop selection.  Something this old skool calls for an old world hop variety so, in keeping with our bolshy nature, we're using one from Czech (about as old skool hop-wise as you can get) but using a hop which is only a few years old in the form of Vittal, a new hop, which must be the stickiest substance known to man going on the green hands last time after breaking up the pack!

So, all in all, this beer isn't our usual thing, but I'd never want to be typecast and so here's our interpretation of the classic Enkel or Patersbier, a style of Monastic beer which isn't generally on sale!  This beer is the one the monks drink themselves which is of a more sessionable and easy-going nature than the malt bombs usually associated with monastic brewing.  Having only drunk three - Chimay, Westmalle and Orval - I'm basing the recipe partly on what I've read about the beer but also on my experience of those I've tasted... hopefully something good will come out at the end, but don't expect it to taste totally Belgian as that's not how we roll...

This beer won't be dry-hopped as I feel that will overshadow the other flavours in the brew, so it'll go straight to cask from fermenter meaning it'll be out sooner than the last brew; look out for it at all the usual outlets people, Cheers!  Or, seeing as it's Belgian style, maybe I should say Proost or A Votre Sante ! 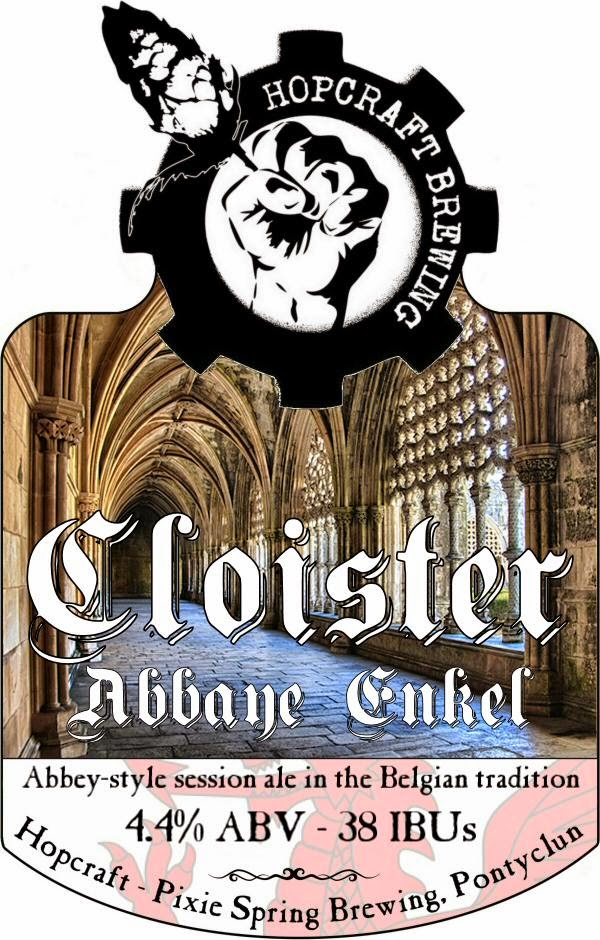