We recently brewed a batch of one of my favourite beers, "Graveyard Eyes", which is a porter dry-hopped with the mad Sorachi Ace hop; this imparts bizarre flavours such as dill, coconut and orange peel... honestly, it does!  I love Sorachi but appreciate it's a marmite hop which some people really dislike, and even though I love it I only really like it in dark beers (although in Saisons it's acceptable...).

This batch of GYE has been tweaked to make it more of a porter than the pseudo-Black IPA it was last time which meant a bit more sweetness and less bitterness to overpower additional flavours.  We wanted to make a big batch so were thinking of something to do with the third tank of porter, and after some discussion the idea of a Maple syrup beer came up!  So, here we are, with "Gazza and Jay's maple syrup porter" made and sitting in conditioning tank 12 right now!  It smells absolutely lush so, hopefully, it'll taste just as good as the conditioning room smells right now.

After looking into maple syrup and getting a bit confused with the categories and labelling it soon became clear that to make a 700 litre batch we'd need between £50 and £100 of syrup - and that's the cheapest type, too - so we've gone with nature identical flavourings which are pretty realistic; we did a test first and the flavours combined really well.  I'd have preferred to use real syrup but this approach seemed the best for a first attempt; if it goes really well I'll see if we can acquire the syrup in bulk for next time.

So, look out for it at the usual stockists, we're hoping it'll be something a bit different and going on sales in the first few hours of announcing it we'll have to brew it again pretty soon...

The clip is, obviously, a play on South Park's "Terrance and Philip" under the premise that most Maple syrup is from Canada... a tenuous link, but there you go. 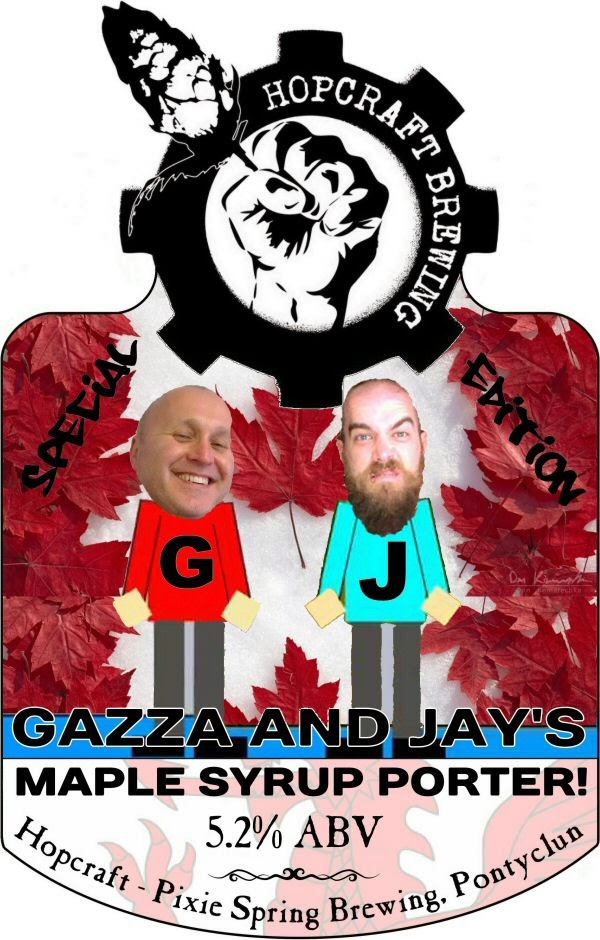