You don't see many "sweet" or "milk" stouts these days; years back, brewers such as Mackesons used to extol the health benefits of drinking their "nourishing" stouts, especially targeting the old and nursing mothers... imagine that in these puritanical days!

Anyhow, as our last dark beer sold out in record time (9 days) we rushed through the next dark beer as soon as we could.  I've long wanted to brew a sweet stout and had spent some time researching exactly what makes a stout "sweet" - don't laugh, it's not that obvious a question as it took me a while to pin down exactly what we needed to do!  Basically, 10% added lactose - milk sugar - is the generally accepted definition of a milk stout and although most UK examples are pitifully weak at around 3% I decided to go more for the US style of 4.5% to 5%.

The biggest surprise was the cost of the lactose which came in at around £160 for a 25kg sack; the accounts department are glad there aren't many hops in this with 5kg of UK Admiral being the only addition with 2.5kg added at 20 and then 5 minutes from the end of the boil for their rough bitterness and fruity character; we like Admiral which, along with Bramling Cross, are unsurpassed for hopping stouts.

So, after a false start when the lactose wasn't in stock despite the hop merchant's computer saying it was, we finally got to brew "Profits of Doom" today and it's smelling lush as it transfers to FV3 at this exact moment! 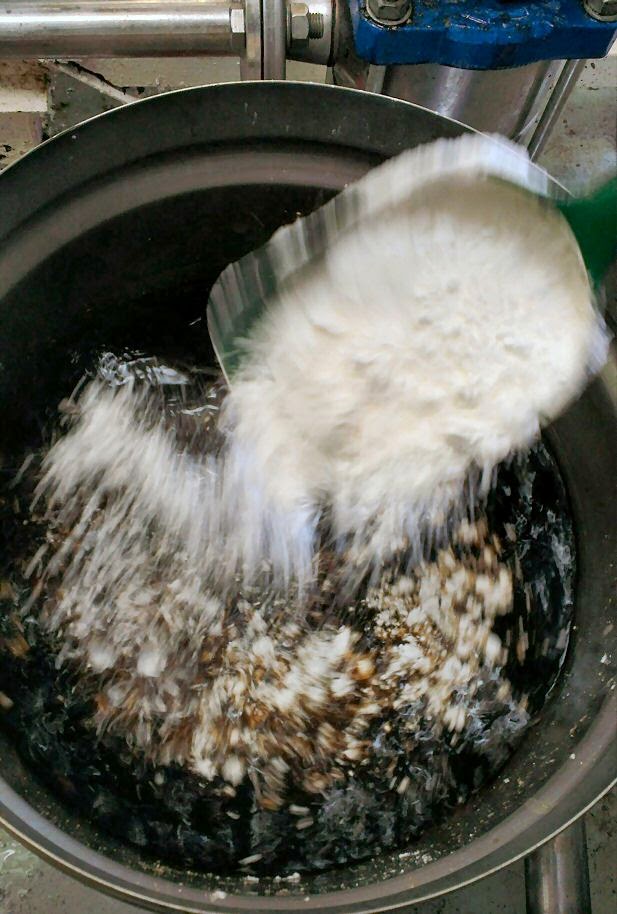 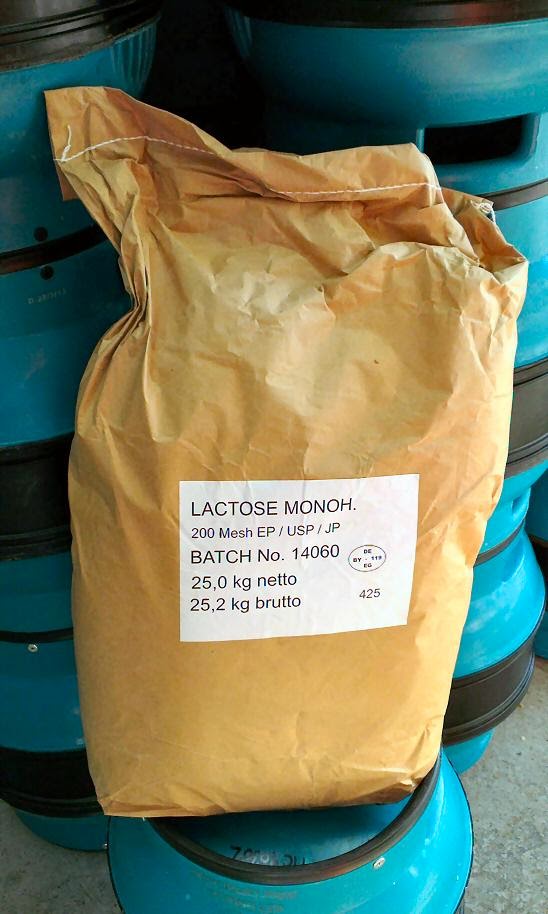 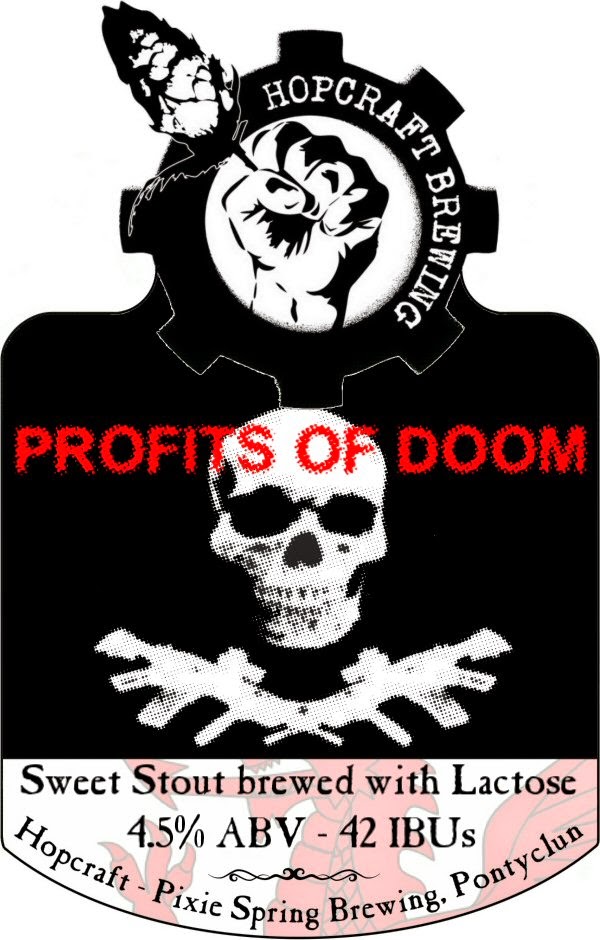